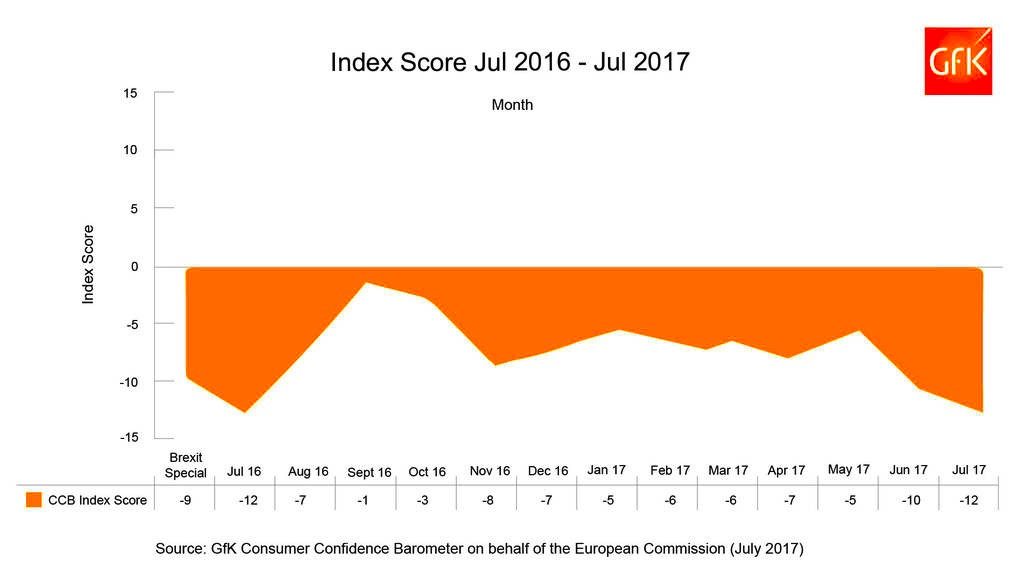 “Consumer confidence across the UK has fallen to the level last seen in the immediate aftermath of the Brexit vote. The economic picture across the UK remains confusing and this mood is reflected in the Overall Index Score, which is down by five points. It’s the sharp drop in confidence about the UK’s general economy – both looking back one year and ahead one year – that is driving the fall. While there’s a small bounce in consumer views of personal finance looking ahead, that’s the only measure that’s up. All bets must now be on a further drift downwards in confidence. Yes, employment is booming, but wages have fallen in real terms since 2008 once inflation is taken into account. And while consumers have increased borrowing to carry on spending, the household savings ratio is now at a record low. If Brexit negotiations continue to deliver more questions than answers, it’s unlikely the Overall Index Score will find any tailwinds for some time.”

The Overall Index Score in July is -12.  Four of the five constituent measures decreased this month with the biggest drop arising from the general economic situation. 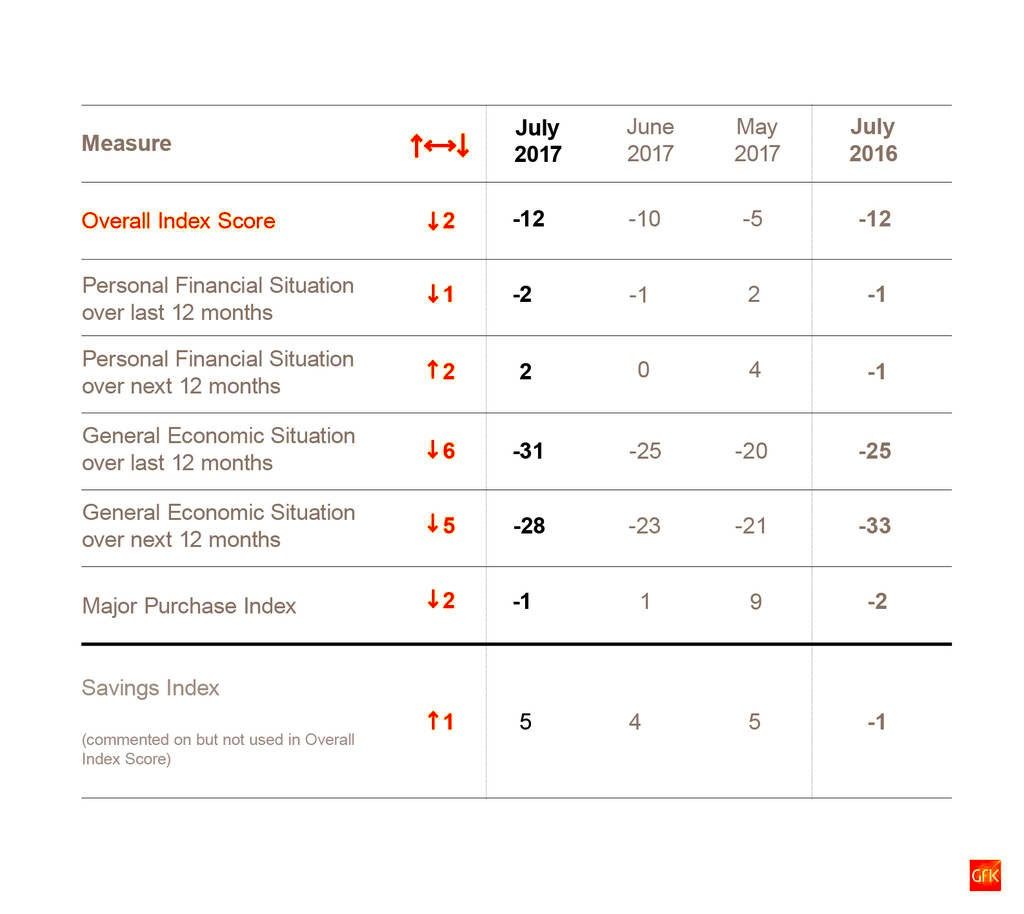 Personal Financial Situation
The index measuring changes in personal finances during the last 12 months has decreased by one point this month to -2; this is one point lower than this time last year.

The forecast for personal finances over the next 12 months has increased two points this month to +2; this is three points higher than July 2016.

Expectations for the General Economic Situation over the next 12 months have decreased five points this month to -28; this is five points higher than July 2016.

Savings Index
The Savings Index has increased one point to +5; this is four points higher than July 2016.

Interest in Overseas Property Surged in 2013