GfK’s long-running Consumer Confidence Index increased two points to – 5 in May.  Four of the five measures increased, and one remained unchanged.

“We have an unexpected uptick in the barometer this month as consumers report increased confidence in their personal financial situation, the wider economy, and future plans for shopping and saving.

"Despite life becoming more expensive with inflation hitting its highest level in four years, and wages dropping in real terms for the first time in three years, stagnant living standards haven’t yet significantly dented consumers’ spirits – when it comes to retail therapy we remain happy to splash the cash as sales jump ahead of expectations. Although the Overall Index Score is bumping along in negative territory, we haven’t seen any significant fall of the kind we might expect during such periods of pre-election and pre-Brexit uncertainty. 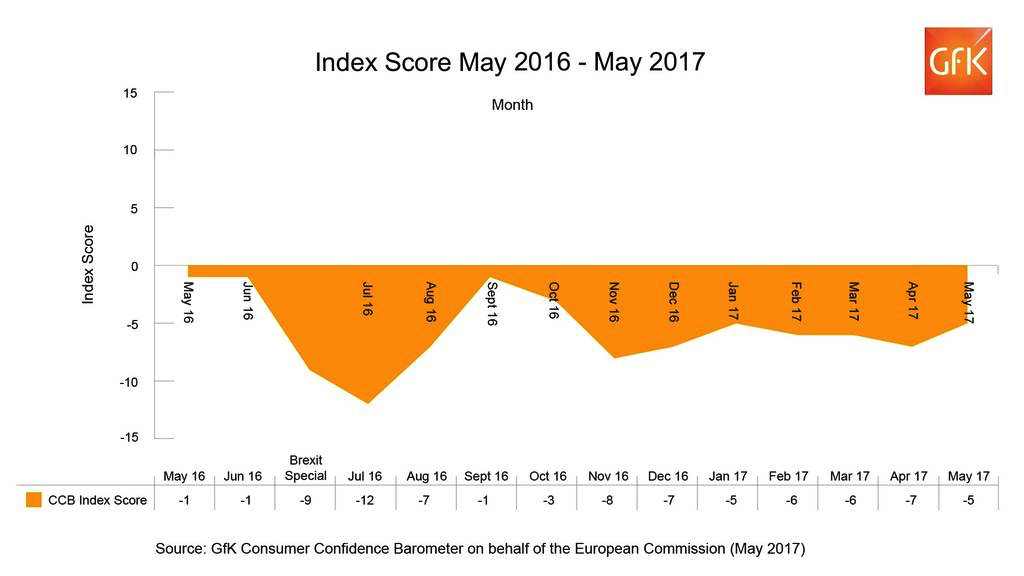 "Perhaps the real squeeze in living standards is yet to hit home. After years of people paying off debts post-downturn, unsecured borrowing has steadily increased since 2014 reaching record highs this month. When will we get our comeuppance and realise we have to ‘pay-the-piper’?”

UK Consumer Confidence Measures – May 2017
The Overall Index Score in May is – 5.  Four of the five measures increased, and the other one remained unchanged. 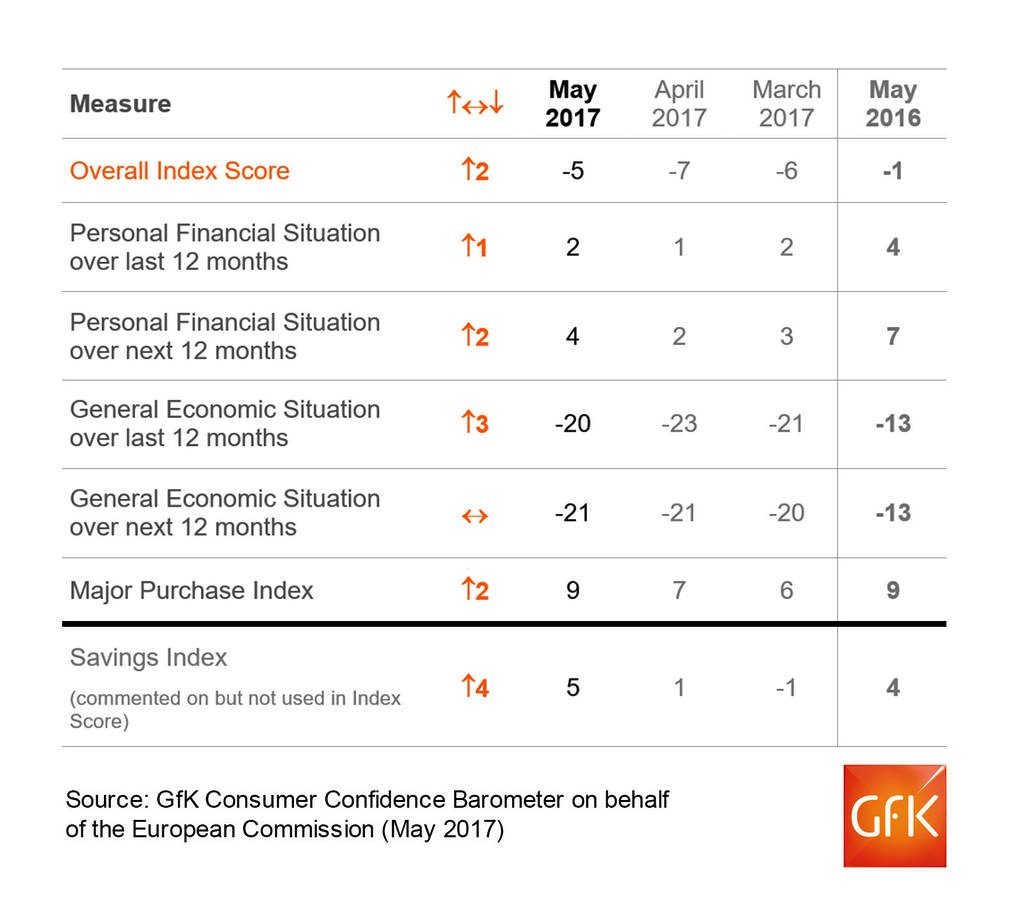 Personal Financial Situation
The index measuring changes in personal finances during the last 12 months has increased by one point this month to +2; this is two points lower than this time last year.

The forecast for personal finances over the next 12 months has increased two points this month to +4; this is three points lower than May 2016.

Expectations for the General Economic Situation over the next 12 months have stayed the same this month at -21; this is eight points lower than May 2016.

Savings Index
The Savings Index has increased four points to +5; this is one point higher than May 2016.