Four of the measures used to calculate the Index saw increases this month, and the other one was unchanged.

“UK consumers remain resiliently bullish this month with no sign of the January Blues denting their view on the state of their personal finances for both the past year and also for the rest of 2016. And with post-Christmas bargain-hungry consumers evidently snapping up bumper discounts across the country, the Index was further boosted with shoppers agreeing that now was a good time to buy (+9 points). However, despite some gains this month on the general economic situation for the UK – looking back and looking forward – consumers remain pessimistic with these two components of the Index still in negative territory. February’s barometer will make for interesting reading given the rocky start to global markets this year and the impact on prospects for the year ahead.” 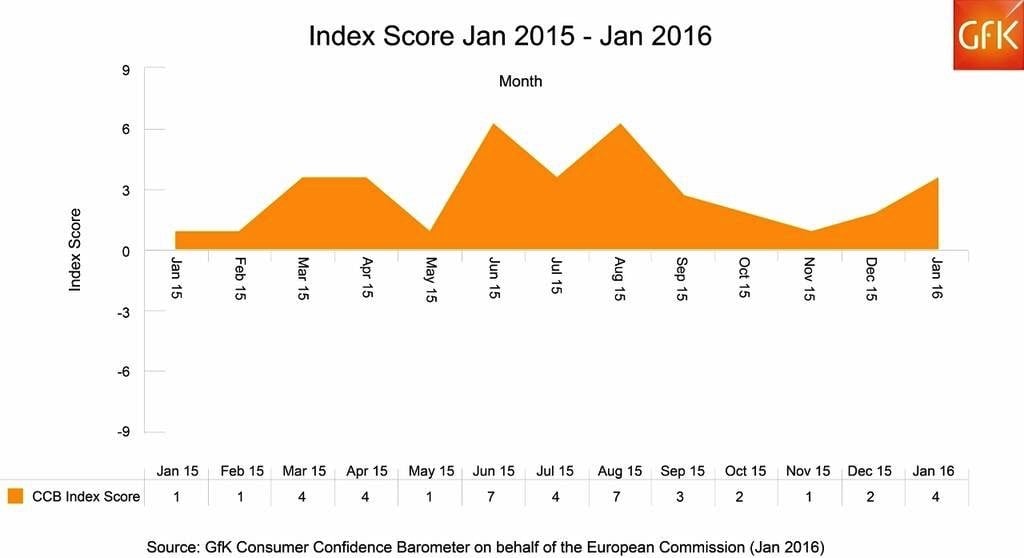 The Overall Index Score has increased two points this month to +4. 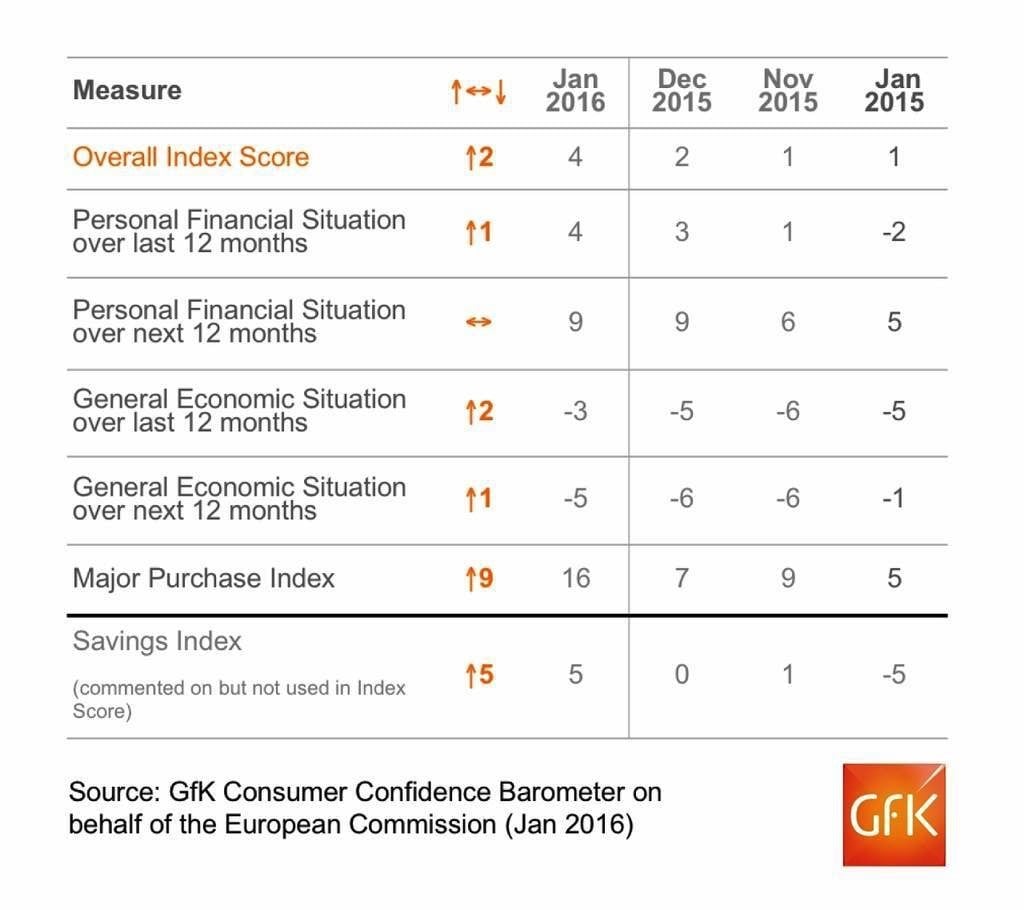 The index measuring changes in personal finances during the last 12 months has increased by one point this month to +4; this is six points higher than January 2015.

The forecast for personal finances over the next 12 months has stayed the same at +9 this month; this is four points higher than January 2015.

The measure for the General Economic Situation of the country during the last 12 months has increased two points this month to -3; this is two points higher than January 2015.

Expectations for the General Economic Situation over the next 12 months have increased one point to -5; this is four points lower than this time last year.

The Major Purchase Index has increased nine points this month to +16; this is eleven points higher than this time last year.

The Savings Index has increased five points to +5; which is ten points higher than January 2015.