A survey in February of 6,024 UK residents shows that consumer confidence improved slightly over that seen in January.

The latest Household Economic Activity Tracker (HEAT) Index from YouGov shows that consumer confidence is now at 93 compared to January’s 92. It is though still short of the neutral 100 between the total pessimism of zero and the complete confidence of a score of 200. But it is an improvement on December’s lowly score of 88.

The overall index is made up of the results of four consumer sentiment metrics: home prices, job security, family financial situation, and business activity.

The rise has been attributed to the increase in the business activity index (which measures business activity expectations amongst employees-based on 1,207 responses), which went up four points from 101 in January to 105 in February.

Despite these expectations peoples’ current financial situation was seen to be slightly worse now than in January having slipped from an already significantly negative 80 further down to 79.

Faith in the government’s handling of the economy also took a hit as its rating dropped from 72 in January to a current level of 70.

CEO of YouGov plc, Stephan Shakespeare, said “Our HEAT index shows that consumers’’ sentiment is improving. They are seeing more business activity at their workplace and they are more confident in the future economic situation despite current situations worsening slightly. The tension between less cash in their wallets but more optimism about how the future will pan out will be a crucial factor over the next few months in determining whether consumers return to the shops.” 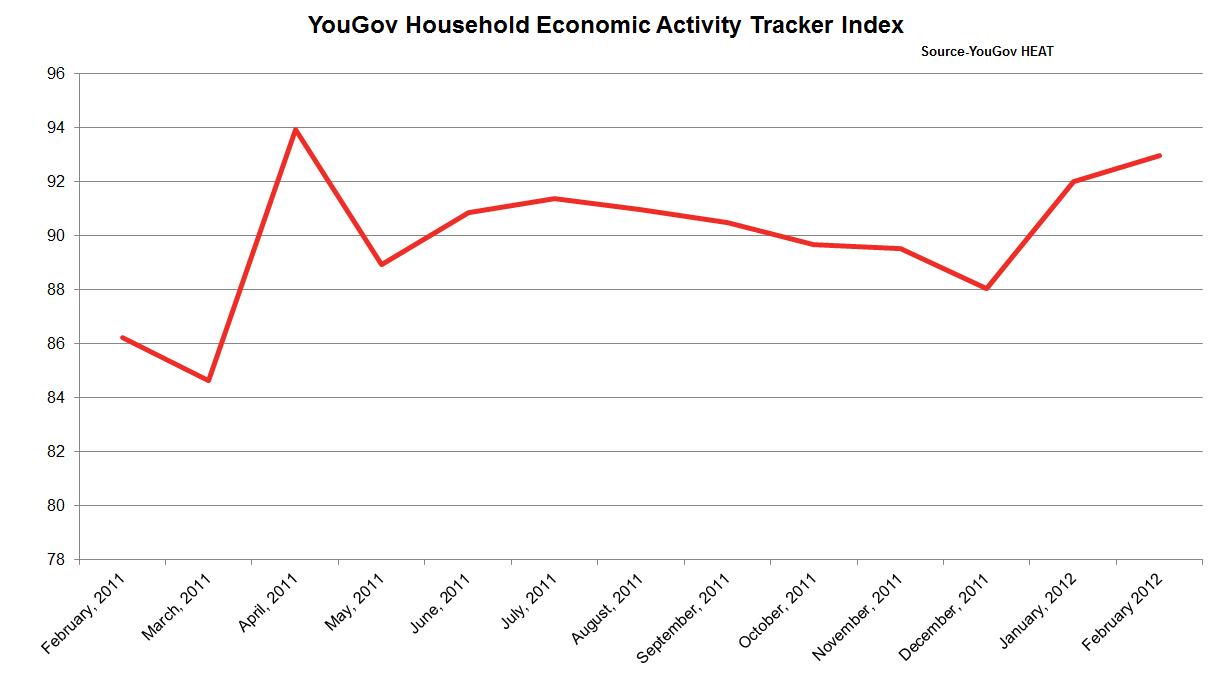 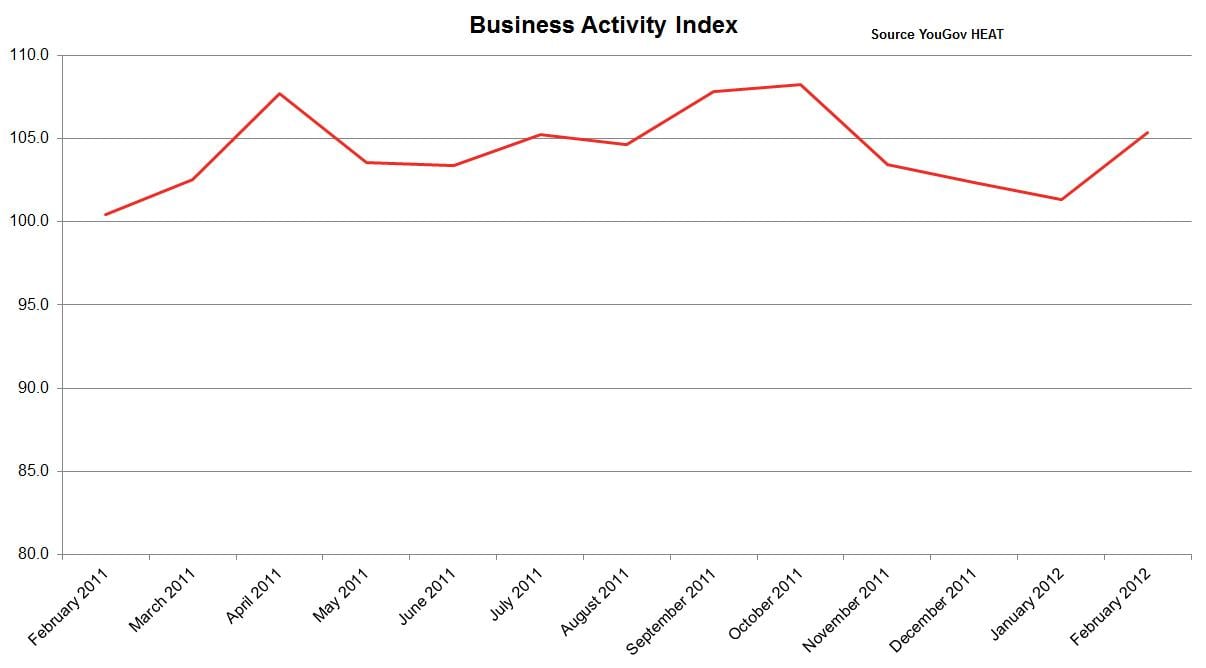