GfK’s UK Consumer Confidence Index has decreased four points to +3 in September.  All five of the measures used to calculate the Index saw decreases this month. 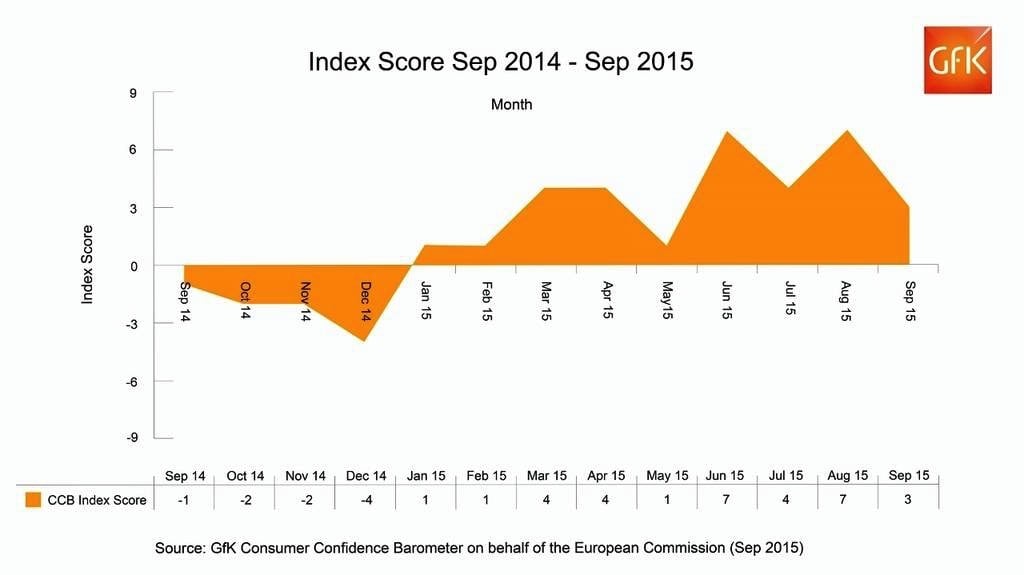 “Consumers are in a depressed ‘back-to-school’ mood this month with a dip in people feeling good about the wider economy and their own personal economic circumstances.

"Across the board, all components of the Index have dropped despite a positive UK news agenda of continued near-zero inflation, low interest rates and levels of unemployment, UK wage growth at a six-year high and the ever increasing value of our homes.

The Overall Index Score has decreased four points this month to +3. 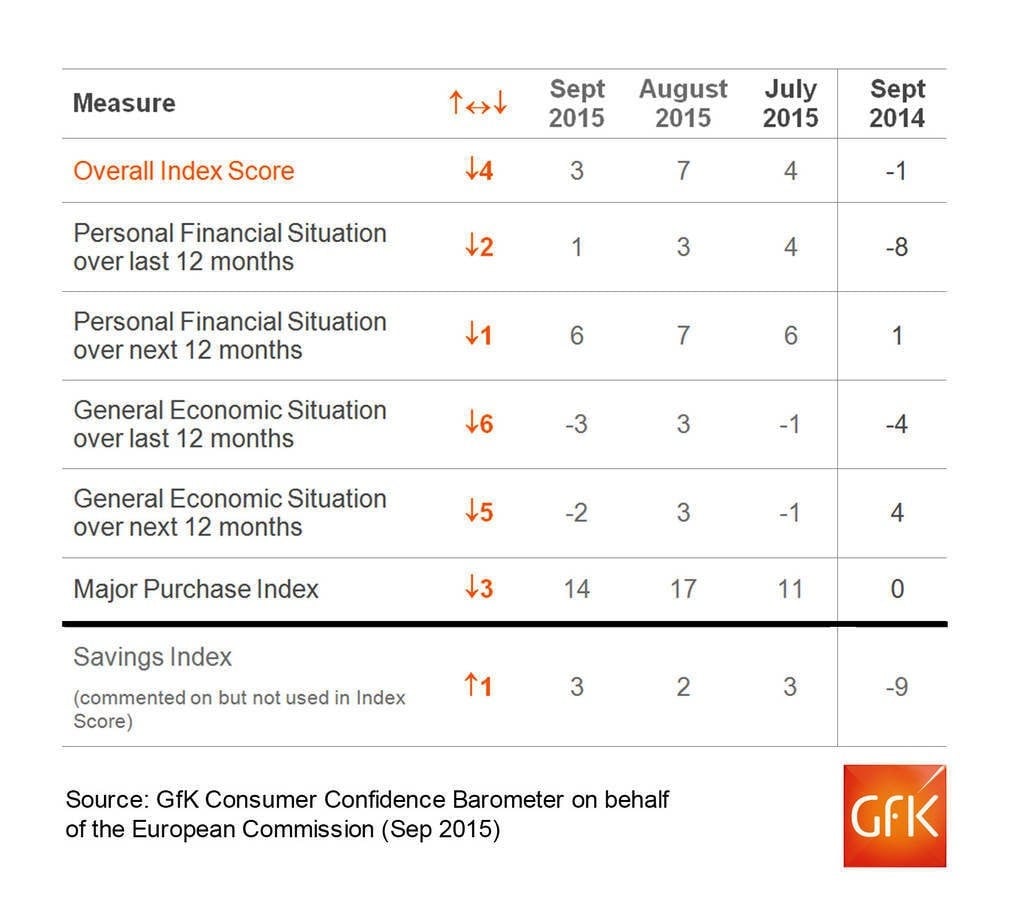 The index measuring changes in personal finances during the last 12 months has decreased by two points this month to +1; this is nine points higher than September 2014.

The forecast for personal finances over the next 12 months has decreased one point to +6 this month; this is five points higher than September 2014.

The measure for the General Economic Situation of the country during the last 12 months has decreased six points this month to -3; this is one point higher than September 2014.

Expectations for the General Economic Situation over the next 12 months have decreased five points to -2; this is six points lower than this time last year.

The Major Purchase Index has decreased three points this month to 14; this is 14 points higher than this time last year.

The Savings Index has increased one point to 3; which is 12 points higher than September 2014.

Enhanced annuity sales down 29% after 2014 Budget