Public sector net borrowing (excluding public sector banks – PSNB ex) was down at the end of the financial year 2014/12015 by £10.8 billion (11 percent) on last year’s figure according to the second estimate by the Office for National Statistics (ONS). The £87.7 billion PSNB ex is now at the level of 4.8 percent of GDP says the ONS.

This decrease in net borrowing was predominantly a result of a decrease of £13.6 billion in central
government net borrowing, the ONS reported.

PSNB ex came in at £2.5 billion under the forecast by the Office For Budget Responsibility of £90.2 billion. 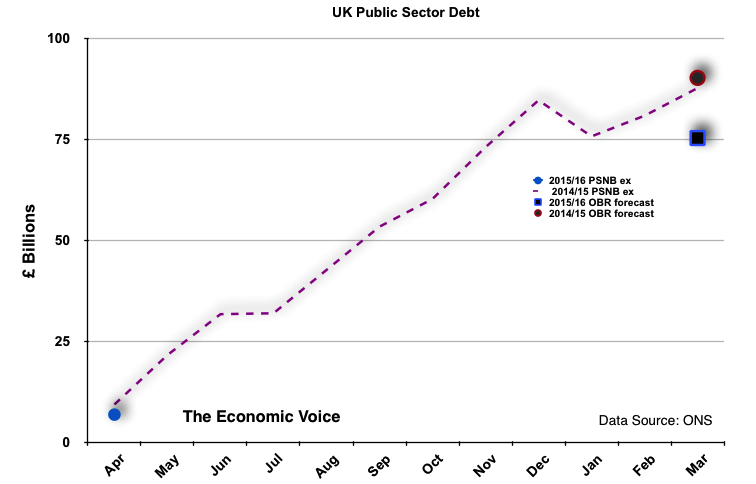 “Instead of borrowing for investment, the Chancellor borrowed £50bn more than planned last year to bail out his failed economic plan.

“The failure to get wages growing has left the public finances in a mess, with income tax revenues
and national insurance receipts falling £33bn short of expectations for the last year alone.

“The extreme cuts the Chancellor is planning for his July Budget will put our weak recovery at further risk, and leave our schools, hospitals and other services without the vital revenues they need. We need a better plan based on investment in skills, infrastructure and innovation to create good jobs with decent wages.”