At long last, things seem to be slowly changing in Europe. Having endured years of German-led austerity, the new Italian Government has signalled its desire to shift away from cutting spending towards generating growth and jobs. In French President Hollande, the Italians have a ready-made ally, and Spain, Portugal and Ireland are likely to join suit. The head of the European Commission has also acknowledged that austerity may now have reached its limits. And even the IMF have gently reprimanded the UK ConDems for their obsession with non-existent UK bond vigilantes.

The first problem is that, for all the progress the growing consensus against further austerity represents, the damage has already been done. While the bickering and partisan politics mean that there is still no credible long-term plan to put the US public finances back on a steady footing, they did inadvertently succeed in materially delaying the impact of fiscal tightening until the economy had reached something closer to escape velocity. That is why, despite cutting its deficit by much more than the UK this year, the US economy will grow significantly faster than we will. On current forecasts, the UK economy will not get back to the same size it was in 2007 until 2015 at the earliest, so we remain mired in depression.

The second problem is that, for all the revolt against austerity, no one has yet put together a credible alternative. It is all very well talking about jobs and growth, but with private sector firms either still starved of credit or hoarding cash, policymakers need to come up with a plan to get their economies moving. A quarter or half-point cut in interest rates from the ECB will not do that. Channelling funds via the European Bank for Reconstruction and Development is one option, but the money still has to come from somewhere. In the UK, the government is unrealistically expecting the private sector to foot the bill for the massive investment that is required to maintain the UK’s crumbling infrastructure. 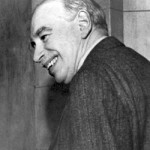 Europe needs money to spend in order to kickstart growth – like it or not, we should all be Keynesians now, even if only to boost infrastructure and supply capacity. There are ultimately two options: print the money, and revert to outright deficit financing; or raise money from somewhere else, be that financial markets or taxpayers. Some governments – like the US, the UK and Germany – can afford to borrow very cheaply. The idea that bond markets would push UK market interest rates to Greek levels if we borrowed an extra Â£50bn or so is ludicrous. For other economies, they need to resort to taxation. But with income inequality massively amplified by the downturn – the poor tend to lose their jobs far more quickly than the rich – the best course of action, in terms of raising revenues, would be to impose some form of windfall or lump-sum tax on people who own assets (ie the rich). This would have the extra political benefit of really demonstrating that we are ‘all in this together’.

The risk is that these steps prove too bold for our lacklustre politicians. Ironically, the depth of the crisis in Europe may produce bolder action than we are likely to see in the UK. Instead, we may be forced to grit our teeth and endure grindingly slow growth over the rest of this parliament. Â But don’t be fooled by any weak positive GDP numbers – the acclaim for the tepid 0.3% growth in the first quarter was shocking. The UK economy might manage to grow by around 2% between now and May 2015; but in the context of where we should be, if policymakers were getting things right, that really represents us going nowhere fast.

Clegg airs his worries of a new debt crisis

One in eight workers in the UK is foreign born