Speaking at the inflation report press conference the Governor of the Bank of England, Sir Mervyn King, said that, just like twenty years ago when he presented the first of these reports, ‘…a recovery is in sight’. But he ended by saying that the road to recovery will be harder than in 1993.

Despite unemployment being too high and output lower than that of five years ago there was cause for optimism he said.

He went on to say that the flat output over the last two years masked the ‘steady, if unspectacular’ 1.2% growth of the services and manufacturing growth in 2012, which he said is similar to the US headline growth of 1.5% and stronger than expectations for Japan and the Euro area.

He then put the weakness in overall output down to sharp falls in construction but said that this was ‘unlikely to be repeated in 2013’.

He also said that he expects inflation to remain stubbornly high and above the 2% target for some two years to come and that any action taken to bring it down now would have adverse impacts elsewhere in the economy as well as risking derailing the recovery.

Any improvement in the UK’s economic future would also rely on more than just monetary policy at home he said. There needs to be reforms that boost the supply capacity of the country and new ways of increasing overseas demand for UK products must be found. “In the end the rate at which we can grow will depend on world demand.” He said. And this he continued would require “…a new equilibrium in which there is a rebalancing of world demand”.

“The upward revision to inflation was inevitable in light of recent developments like the increase in global food and oil prices and the ongoing weakening of sterling. This was always likely to be accompanied by a slight deterioration in growth prospects.

“But overall the MPC’s view remains broadly unchanged since November. Committee members continue to expect a slow but sustained recovery to take hold in the UK over the coming months, as their various policy initiatives, not least the Funding for Lending Scheme, begin to feed through to the real economy.

“The Governor clearly feels that we are reaching a point where monetary policy is becoming a blunt instrument and that supply side reform is the only thing that will cause an upturn in the UK’s fortunes. Whilst we would agree that supply side reform is important, we still feel there is more that the Bank can do to provide support from the monetary side. With that in mind, Mark Carney’s openness to new ideas is welcome as there is a clear need to debate the structure of UK monetary policy and to consider alternative options such as nominal GDP targeting, adopting numerical thresholds for inflation and unemployment or providing forward guidance.” 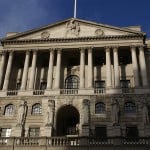 “At least the growth forecasts weren’t downgraded by much. But, that aside, the Bank of England’s Quarterly Inflation Report makes for unhappy reading.

“The Bank’s forecast for CPI is unusually pessimistic – it now expects inflation to stay far higher, for far longer than thought only in November.Â  This combination of continued above-target inflation and lacklustre growth only worsens the policy dilemma for the MPC. For now, further QE seems to be off the agenda, yet if growth were to disappoint – as it has many times in the recent past – then further stimulus may be back on the cards sooner rather than later.”

Early Signs Of A Pullback In Drilling Activity