UK Gross Domestic Product (GDP) for Q2 2013 has been revised upwards by the Office for National Statistics from 0.6 percent to 0.7 percent.

This is the result, says the ONS, of "small upwards revisions across a number of the main industrial groupings."

This has added to the trend, since the immediate aftermath of the 'credit crunch', of GDP (which is an estimate of total UK economic activity) following a wobbly but generally slowly rising course.

This is being welcomed as a sign that the UK is on a sustainable road to recovery.

"An upward revision to GDP was always on the cards given the construction data that was published a couple of weeks ago. While growth of 0.7% instead of 0.6% doesn't change the broader picture, it will certainly add to the feel-good factor about the UK economy and boost confidence.

“It is particularly encouraging that what started out as a consumer and housing led recovery is now broadening out into exports and business investment. Net trade accounted for a majority of the increase in overall GDP and investment contributed 0.2 percentage points as well.

“All in all, these figures are encouraging and monthly indicators suggest that Q3 will be good as well. We are on track to achieve growth of more than 1% this year and over 2% in 2014 – after several false starts the UK finally appears to be on a sustained path of growth.”

"The surprise acceleration in GDP growth pretty much reiterates what data has been indicating. The UK economy is showing steady progress and with figures in manufacturing, construction and services all improving, signs of a rebalancing economy are becoming clearer." 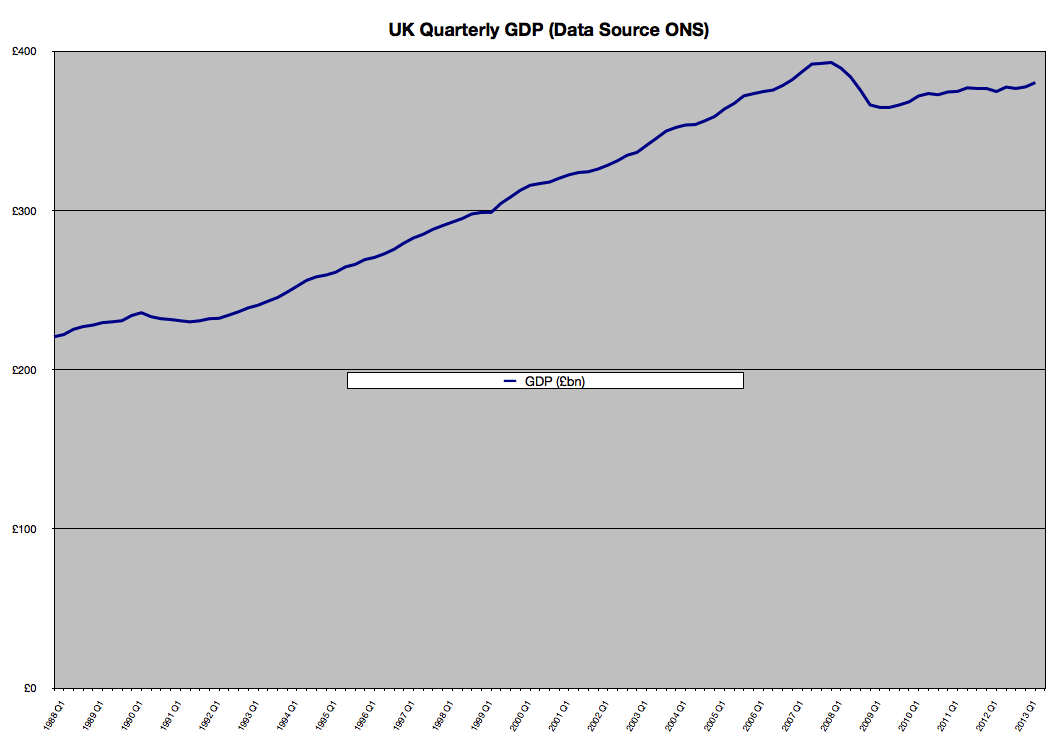