The UK’s gross domestic product (GDP) increased by 0.7 percent in the third quarter of 2014, compared to the 0.9 percent seen in the second quarter says the Office for National Statistics.

These are preliminary figures based on less than half of the total data used (about 44 percent) for the final output figures.

Output increased in all four of the main industrial groupings of the UK economy and in order of their contribution are:

"The initial estimate for GDP growth shows a slowdown to 0.7% for the third quarter of the year, compared to 0.9% in the second quarter. However, 0.7% quarterly growth is only slightly below average growth since the start of 2013, and remains indicative of a robust economy. 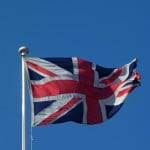 "Within the details, industrial production maintained a steady pace of growth over the quarter, although the manufacturing sub-sector did see a little slowdown. The construction sector saw a slight acceleration, but the main driver of the wider economic slowdown was the services sector, where growth fell from 1.1% in Q2 to 0.7% in Q3 – reflecting the recently reported slowdown in services by business surveys.

"The latest figures meet consensus expectations, but investors and policy makers have been more concerned about the impact from the slowdown in Europe, and the recent fall in inflation. Money markets have pushed out expectations for the first interest rate rise from February to August 2015 in recent months. The precipitous fall in the price of oil should help lower energy and fuel bills, which will boost the purchasing power of households; however, it could also take headline CPI inflation to below 1% – the lower bound of the Bank of England’s target range for inflation.

"Looking ahead, we expect a similar growth rate in the final three months of the year, but forecast a further moderation in growth in 2015 as uncertainty over the general election begins to weigh on confidence, and fiscal consolidation post the election hits domestic demand."

“Sterling jumped to session highs of $1.6070 against the US dollar this morning after Britain’s latest GDP data came out in line with market expectations. Cable was trading as low as $1.5993 yesterday after weaker-than-expected UK retail sales data raised downside risks in front of today’s GDP release.

“The UK economy expanded 0.7% in Q3, down from the previous quarter’s more robust 0.9% expansion. Whilst the numbers are still positive when put against other advanced economies, the pound’s gains in currency markets could remain limited ahead of November’s all-important Bank of England Quarterly Inflation Report (QIR).

“Today’s report showed UK manufacturing growth was the weakest since Q1 2013. Data earlier this month showed UK inflation in September hit a new 5-year low whilst wage growth in Britain is still nowhere to be seen.

“Problems in the euro zone are becoming more of a risk for the UK economy. If this is the message from BOE Governor Mark Carney in next month’s QIR, markets may continue to push back expectations for the first rate hike. Today’s GDP data certainly does not suggest Carney will bring forward those rate expectations.”

“This morning’s data confirms that UK growth is likely to have peaked early this year.

“As momentum is now cooling a little, it is likely that we will settle into a period where the economy grows at rates similar to that reported in Q3, rather than the quicker pace seen earlier in the year. That would still mean that the economy is on course for growth of 3% for 2014 as a whole, a performance that no other G7 economy is likely to match.

“The slowdown in the euro-zone has brought a period of stronger growth from manufacturers to an abrupt halt. Meanwhile heightened geopolitical risk and increased domestic political uncertainty have the potential to dampen the spirits of UK companies, who have been central to the UK’s strong performance in 2014.

“As ever with the preliminary estimate, it is not difficult to see areas where the data could subsequently be revised upwards. The August services outturn looks like a real outlier, with output estimated to have been flat on the month. This poor month dragged down the quarter as a whole, but it contrasts markedly with the business surveys, most notably the PMI which reported stronger growth in activity in Q3 than in Q2.”

“For all George Osborne's claims that the economy is fixed most people are still not feeling the recovery. Working people are over £1600 a year worse off since 2010 and these figures now show a concerning slowdown in economic growth too.

“We need a strong and balanced recovery that works for all working people, not just a few at the top. But under the Tories we have stagnating wages and too many people in low-paid jobs which, as the OBR said last week, are leading to rising borrowing. This plan isn't working for working people.

“And under this government house building is it at its lowest level since the 1920s, business investment is lagging behind our competitors and exports are way off target.

“Labour's economic plan will make Britain better off, create more good jobs and earn our way to higher living standards for all.

“We will get 200,000 new homes built a year, raise the minimum wage, cut business rates and expand free childcare for working parents. And we will balance the books as soon as possible in the next Parliament, but do so in a fairer way by reversing David Cameron's tax cut for millionaires.”

“It’s a tale of two economies – a few people at the top are thriving, but most workers’ wages are still in decline.

“This kind of growth is fragile because businesses can’t keep prospering if their customers have less money to spend.

“George Osborne needs a clear strategy for a wages-led recovery or it will be the deficit that continues to grow while the economy runs out of steam.”

Lord Gus O'Donnell, the former Cabinet Secretary, commented on the how the GDP figures considered the illegal drugs trade and vice but failed to include the benefits to the country from volunteering, said:

“The Office of National Statistics , have just changed the way we define GDP, included in GDP, illegal drug trading and prostitution. So the more crack dealing we have, the higher will our GDP growth rate be, volunteering doesn’t appear in the GDP statistic at all, so those numbers that we got, £53 billion, doesn’t make any impact.”

“All I’ll say to Join In is thank you for providing a fantastic case study as to how to estimate the benefits of voluntary activity, one day you’ll be on a par with crack dealing and prostitution.”