TheCityUK’s Sovereign Wealth Funds 2015 report, released today, reveals that SWFs have increased their presence in the UK, making it the global leader for direct SWF investments as well as the leading Western centre for the management of SWFs.

While the UK and US each accounted for around 16% of the $800 billion invested by SWFs since 2007, in relation to the size of its economy, the UK attracted over five times more investment than the US.

According to the report, global assets under management of SWFs increased by 16% in 2014 to a record $7.1 trillion, with direct investments of SWFs amounting to $117 billion – the second highest annual amount invested on record.  However, in the headwind of falling oil prices and constrained growth in China, SWFs have only seen a marginal increase in assets over the first quarter of 2015.  Looking ahead, TheCityUK expects these assets will increase by just 4% in 2015 to $7.4 trillion, well below the 12% average annual growth seen over the previous five years.

“The UK’s position as the global leader for SWF investments is underpinned by factors such as its openness to foreign business, stable regulatory environment, transparent legal system, deep talent pool and the clustering of expertise in fund management right across the country. 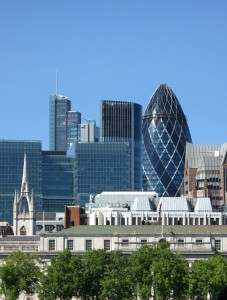 “While London is at the heart of the UK’s strength in SWF management – nine of the largest 20 SWFs have offices in London compared to seven in New York – cities such as Aberdeen, Birmingham, Cardiff and Liverpool are also important centres for fund management.  The International Forum of Sovereign Wealth Funds also relocated its Secretariat from Washington DC to London in 2014, further underlining the UK’s pre-eminence for SWF investment. However, to ensure continued investment, there is a need for policy certainty, particularly in the energy sector and other regulated utilities.”

Globally, SWFs have risen in number and grown substantially in assets under management over the past decade, particularly during the economic slowdown when many injected much needed money into Western firms.  The financial services sector was the largest recipient of SWFs’ direct investment between 2007 and 2014, accounting for close to a third of the value invested. However over the past two years real estate has captured an increasing share of investments, particularly safe-haven commercial assets located in London, New York and Paris.

Mr Cummings concluded, “The UK is arguably the most truly international of all leading financial centres, but with the emergence of other financial centres, it is essential that its competitiveness is maintained.  Policymakers need to ensure the UK sends a clear message that it is a genuinely open and world-leading place to do business so that it continues to attract overseas firms, FDI and the best talent.  Focusing on better regulation, making it easier to do business and ensuring that any new policy or regulation is considered through a lens of competitiveness will be an important part of that work.”

Back to school relieves parents of financial strain

Use the Seasons to Fuel Your Business Strategy