The CBI’s eleventh Director-General, Carolyn Fairbairn, will use her first day in the post to deliver a clear message about issues that she believes matter most for the long term prosperity of the UK.

In her first message to CBI members, Carolyn will say:

“The UK has a golden opportunity to move on from its strong recovery to build a new era of growth and prosperity for the whole country. Among the defining issues will be seizing the opportunities of devolution for growth outside London, closing the productivity gap, and the future of the UK’s relationship with the European Union.

“One of the most exciting opportunities for the UK over the next five years is to make the ideals behind the Northern Powerhouse and growth beyond London a reality, while at the same time supporting the capital to reach new levels of success as one of the world’s truly great cities. The CBI’s role will be to bring a strong business voice to the devolution settlements and then work with the UK’s nations and regions to build momentum for change and growth. Above all, I would like the CBI, and my leadership of it, to be judged on our achievements in making a positive impact on productivity, growth and future prosperity across the whole of the UK.

“UK productivity is 30% below that of the United States and 28% below that of Germany. In a world of accelerating global competition, this is an issue that needs to be addressed urgently. The solutions lie in innovation, people and leadership and in tackling long-term weaknesses in skills and infrastructure.”

On Europe, Carolyn will say:

“On Europe, most of our members want to be in a reformed EU because of the benefits of the Single Market and the CBI is clear on what those reforms are – developing the Single Market, more trade deals, less and better regulation, as well as ensuring that the integrity of non-Eurozone countries such as the UK is protected.

“The CBI does have some members who feel that the UK should leave the EU, or who understandably want to see the outcome of the reforms before finally making a decision. We know this because we are a consultative organisation – and over the last three years, we have held over 130 consultation events with our members across the country. Those members who take a different view on the EU speak up, we listen to and respect their views, and we will consult with them – and all CBI members – again when the Government’s deal has been done.”

Carolyn welcomed the Prime Minister’s letter to the President of the European Council, setting out his reform agenda, as an important step forward. “It set out four areas of reform that touch on most of the concerns of UK business. Our members are supportive of this direction of travel and we look forward to working with the Government to deliver it, and to helping establish how the reforms might work in practice.”

Carolyn Fairbairn at a glance 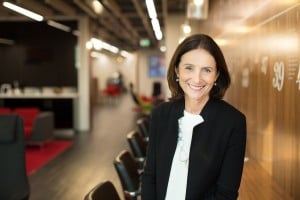 Carolyn becomes Director-General of the CBI after over 25 years’ experience in UK business, spanning a range of operational and board roles in manufacturing, media, management consultancy and banking. She has extensive boardroom experience, including as a non-executive director of Lloyds Banking Group, The Vitec Group (a medium-sized photographic and broadcast equipment supplier), global outsourcer Capita, the Competition and Markets Authority and UK Statistics Authority. Between 2008 and 2011, Carolyn was a Non-Executive Director of the Financial Services Authority.

As Director of Strategy and Distribution at the BBC she created and launched Freeview. She was also Director of Group Development and Strategy at ITV from 2007-2010.

As a McKinsey consultant and partner, she advised companies across the UK on issues of competitiveness and growth. She worked with firms in sectors as diverse as brewing, DIY retailing, computer services, investment management and newspapers, advising on mergers, business expansion, cost control and global competitiveness. Carolyn later became one of the leaders of McKinsey’s UK media practice, specialising in digital strategy.

From 1995-97, she was seconded from McKinsey as a Special Adviser in Number 10’s Policy Unit, where she advised on health and social services.

She began her career as an economist at the World Bank, before joining The Economist newspaper as a business and financial journalist.

Carolyn read Economics at Gonville and Caius College, Cambridge, graduating with a double-First (1983).  She holds a MBA with Distinction from the European Institute of Business Administration (INSEAD), and a MA in International Relations from the University of Pennsylvania.

Cheryl Cole Under the Sun promotion goes ahead