The UK labour market is now ‘hourglass shaped’ with lots of jobs right at the top and lots right at the bottom end with virtually nothing in the middle.

Research by the National Economics Foundation (nef) paints a very bleak picture for non-graduates in the UK, who make up the majority of the work-force. The number of skilled jobs for non-graduates has been ‘hollowed out’ says the report.

The nef report calls for more ‘good’ jobs for non-graduates (and here was me thinking that the government and universities want to scare people into taking degrees they can’t afford or use). It also says that:

The nef also says that the number of good jobs available to those without degrees is set to fall further by 2020. Those industries like manufacturing that used to give good job and career progression paths are now in decline says the nef and are being replaced by low skill low paid service industry jobs.

“Those at the bottom of the hour-glass face a rise in in-work poverty, greater reliance on benefits, and spiralling household debts. The prospects for social mobility are low, particularly in this time of limited economic growth.” Says nef.

This ties in with the overall ‘Consumer Hourglass Theory’.

The nef says that there is an urgent need for a jobs strategy for those without degrees. ‘55% of young people do not attend university. If urgent steps aren’t taken to ensure good jobs are available for them, the majority of the population faces declining living standards.’ It said.

The nef said that the loss of good jobs was not inevitable. Research showed: 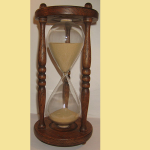 “Most people who work in Britain did not attend university and that is unlikely to change anytime soon. Policymakers need to increase their focus on those without degrees, looking beyond apprenticeship targets to developing sector-specific strategies to increase the number of good jobs. At first sight, this report paints a bleak picture, but it is not all bad news for non-graduates. It is within the government’s power to tackle low wages in sectors such as social care and hospitality and increase employment in high wage sectors such as construction and manufacturing.”

“This research shows that without concerted action times are going to get harder for those on low and middle incomes. People should get fair rewards for their hard work, and reassurance that there are good jobs available to them even if they do not have a graduate degree. When it comes to jobs, quality matters as well as quantity. Our polarised labour market creates big problems for policymakers, from in-work poverty to high levels of inequality. The good news is this is not inevitable. Even in the lowest paid sectors there are already a number of good employers – the government should incentivise and encourage others to follow their lead.”

How many more children need to die before we stop putting them in prison?