The Home Office has today introduced new legislation to reform immigration laws, ensuring our immigration system is fair to hard-working people and legal migrants, while cracking down on those here illegally.

The Immigration Bill will stop migrants using public services where they are not entitled to do so, reduce the pull factors which encourage people to come to the UK and make it easier to remove people who should not be here.

· cut the number of decisions that can be appealed from 17 to four – preserving appeals for those asserting fundamental rights;

· extend the number of non-suspensive appeals. Where there is no risk of serious irreversible harm, we should deport foreign criminals first and hear their appeal later;

· ensure the courts have regard to Parliament's view of what the public interest requires when considering Article 8 of the European Convention on Human Rights in immigration cases;

· restrict the ability of immigration detainees to apply repeatedly for bail if they have previously been refused it.

· require private landlords to check the immigration status of their tenants, to prevent those with no right to live in the UK from accessing private rented housing;

· make it easier for the Home Office to recover unpaid civil penalties;

· introduce a new requirement for temporary migrants for example overseas students, who have only a time-limited immigration status to make a contribution to the National Health Service;

· require banks to check against a database of known immigration offenders before opening bank accounts;

· introduce new powers to check driving licence applicants' immigration status before issuing a licence and revoking licences where immigrants are found to have overstayed in the UK; 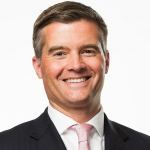 "The Immigration Bill will stop migrants using public services to which they are not entitled, reduce the pull factors which encourage people to come to the UK and make it easier to remove people who should not be here.

"We will continue to welcome the brightest and best migrants who want to contribute to our economy and society and play by the rules. But the law must be on the side of people who respect it, not those who break it."

Our reforms are working. Immigration is down by almost a fifth since its peak in 2010 and net migration is down by a third. The Immigration Rules have already been reformed to cut out abuse where it was rife while at the same time maintaining the UK's position as an attractive place to live and work for the brightest and best migrants. But there is still more to do.

"This Government has successfully cut net immigration to Britain by a third since 2010. The Immigration Bill is the next step in our reforms.

"Hard-working people expect and deserve an immigration system that is fair to British citizens and legitimate migrants and tough on those who abuse the system and flout the law."

It's Juncker for EU Commission President