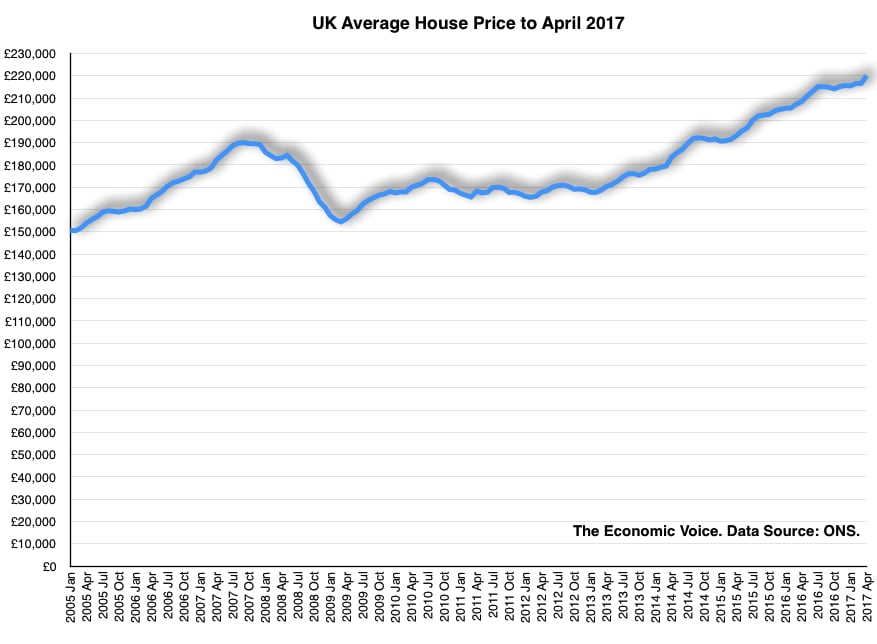 “A strong performance in April’s house price data is testament to the robust nature of the property market, especially in light of the snap election. However it is important not to be complacent. We urge the new Government to focus its attention on the pledges made in the White Paper and to appoint a new Housing Minister quickly, to ensure that the housing stock which is desperately needed is delivered and that the developers answer the calls of home movers, to build suitable homes that meet their needs.

“The good news is that there is a continued demand from first time buyers and signs that the mortgage market is supporting those taking their first step onto the property ladder. My Home Move’s research found that 57% of aspiring buyers remain confident about their chances, but increases to prices at a time of poor wage growth still makes home ownership a significant challenge.”

"In the first set of numbers released since the General Election, the official ONS and Land Registry house price data showed that average UK house price inflation rose to 5.6% in the year to April, from an upwardly revised 4.5% in March (initially reported as 4.1%).

"These figures go against the recent trend of a Brexit related slowdown that we predicted last year but remain consistent with our guidance of 2%-5% growth in 2017 as a whole."