The end of year house price index from the Nationwide Building Society puts house price growth for the year at 4.5 percent with the price of an average house now at £196,999. This is an increase on the annual growth of 3.7 percent seen in November and comes during the Christmas period when activity in the housing market is traditionally quite low. The monthly increase of 0.8 percent was also higher than in November when it was only 0.1 percent.

Looking at it on a three monthly basis, which gives a less volatile measure of price movement than the monthly data, house prices increased by 1.4 percent in the three months to December, the biggest increase since September 2014.

London has of course outstripped growth in all other areas with house prices growing by 12.2 percent over the year on a quarterly basis compared to 6.9 percent in England as a whole, 6.5 percent in Northern Ireland, 0.7 percent in wales and a fall of 1.9 percent in Scotland.

Robert Gardner, Nationwide's Chief Economist, said that a modest acceleration in house prices was expected despite the expectations of an interest rate increase from the middle of 2016. "Overall, we expect UK house prices to rise by 3-6% over the next twelve months" he said, adding on London prices "With affordability metrics in the Capital stretched by historic standards, another year of above-average price gains appears unlikely". 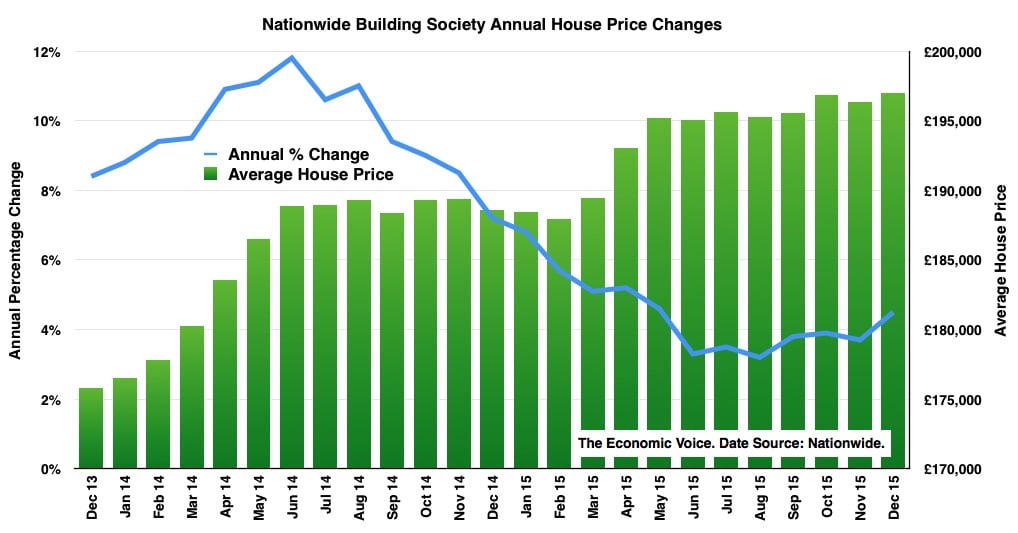 Markets settle down waiting for ESM ruling and FOMC