The latest house price data for April 2014 from the Office for National Statistics put ‘the average UK mix-adjusted house price’ at £260,000, which is an increase of 9.9 percent over the year.

This represents the highest annual increase in house prices since May 2010 when prices had increased by 10.6 percent and also matches the 9.9 percent seen in the year to June 2010.

Breaking it down prices rose as follows:

Looking at prices on a monthly basis average house prices rose by two percent between March and April 2014. 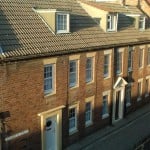 “House prices across the UK are continuing to power on ahead, with an almost 10% increase in the year to April. However, average prices are consistently driven by gains made in London, with the capital seeing an increase of 18.7% annually. With recent talk of an affordability cap being hit in London, it is crucial that any steps to reign in the capital’s housing market are not too hasty and don’t inadvertently impact other areas of the UK which have seen slower signs of economic recovery.

“As the likelihood of an interest rate rise looms ever closer and MMR really takes effect, affordability remains a crucial issue. April saw a 10.7% year-on-year increase in prices paid by first time buyers, calling for higher incomes and larger deposits. Young buyers will be most affected by this, and many of those with aspirations of getting on the property ladder will continue to need a helping hand to find their feet.”

“In stark contrast to the slowdown in consumer price inflation, UK house prices appear to have resumed their upward trajectory, rising 2% in the month in April. While rapid house price growth was previously contained to London and the south-east, the latest numbers suggest that frothiness is beginning to spill-over into other regions. The Bank is facing an increasingly tricky balance between its objectives for inflation and financial stability. Action by the FPC to cool the market when it meets later today looks ever more likely.”

The Importance of Checking your Credit Score

No prisoner votes: For now