The latest UK house price index from the Office for National Statistics put the price of an average house in May 2015 at £274,000, a rise of  5.7 percent over the previous year. This was up slightly on the 5.5 percent seen in the year to April 2015.

When looking more closely house price inflations was 10.5 percent in Northern Ireland, 5.8 percent in England, 2.9 percent in Scotland and 2,5 percent in Wales.

On a seasonally adjusted basis, average house prices increased by 0.9% between April and May 2015 said the ONS.

First time buyers saw increases of 5.1 percent higher than in May 2014, but existing owners saw the prices they paid go up by 5.9 percent.

With mortgages, both the number and the value of loans for house purchase remained steady in May, said the Council of Mortgage Lenders (CML). Although showing a very slight increase in May compared to April, they were down compared to the same time last year. 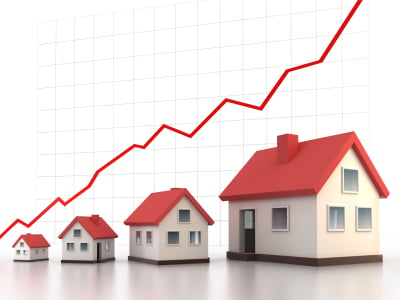 “May offered some respite to first-time buyers. Prices paid by existing homeowners increased by almost 6% year-on-year; on the other hand, the first-time buyer market saw a slightly smaller increase of 5.1%. A rise in the average income of first-time buyers, as reported by the CML, is a further boost to their prospects as we enter the summer season.

“However, the number and value of first-time buyer loans is down from May of last year, an indication that more still needs to be done to support prospective homeowners. Increased supply and more affordable housing also remain critical to ensuring stability within the market.

“While remortgaging as a whole is down from last month, it still accounts for more than half of activity in the buy-to-let sector. We may see an upward trend here in the future as landlords look to mitigate the reduction in interest tax relief following the Emergency Budget. By remortgaging, buy-to-let landlords can ensure they have the best deals on the properties in their portfolio.”