UK house prices saw an increase of 10 percent in the year to November 2014 says the Office for National Statistics (ONS). This is a slight reduction in the house price rise of 10.4 percent seen in the year to October 2014.

The non seasonally adjusted price of the average UK house in November was £271,065 according to the ONS.

Between October and November 2014 seasonally adjusted house prices rose by 0.2 percent compared to no growth the month before. 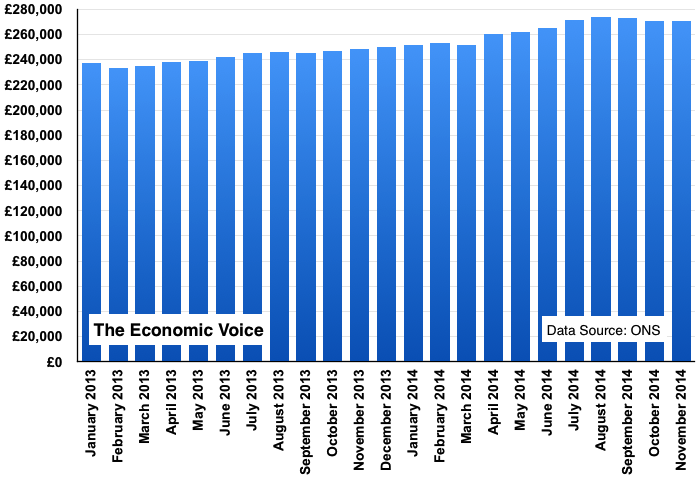 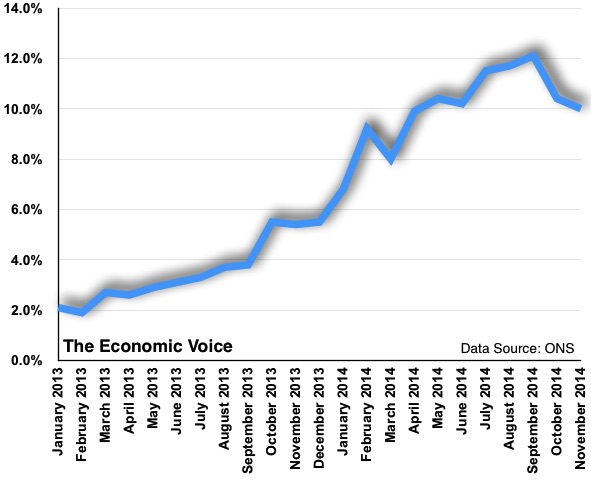 “Despite house price growth slowing in recent months, the latest figures from the ONS still show substantial rises over the past year with a 10% increase year-on-year in November. Despite London continuing to lead the way, these increases can now also be seen further afield – for example, the East of England saw price rises of 11.9%.

“For the thousands of first-time buyers who have struggled to get on to the housing ladder, many will welcome the news of house price growth slowing, yet prices remain out of reach for many and are still a huge hurdle to overcome with prices paid up 11% from November 2013.

“The slowdown in activity in the market may be reflective of wider changes in the economy; specifically uncertainty ahead of the election in May, 15-year low inflation and continued speculation about interest rates could all lead to a lack of confidence. 2014 saw greater appetite from lenders and it would be hugely detrimental if this were to be damaged or curtailed as a result of slower growth.

“Hopefully 2015 will usher in a year of greater prosperity for the economy, as wages can finally start to see some improvement and unemployment rates remain low, it would be optimistic –but not totally impossible – to expect a year of greater stability and sustainability for the housing market too.”