UK independent health and care worth Â£40bn a year

The value of independently provided health and care services delivered in the UK is almost Â£40bn a year according to the latest market intelligence published by Laing & Buisson. This amounts to 28% of the Â£140bn annual value of all relevant services (independent and public supply combined) not counting another Â£32bn of NHS spending that cannot be allocated to specific services.
Published today, the 2012-2013 edition of Laing’s healthcare Market Review calculates that revenues generated by a wide range of providers delivering services such as elderly care homes, education in special schools and colleges, homecare and private hospitals stood at Â£39.9bn in 2011 (the last period that figures are available for).

The independent sector’s dominant share in care homes for the elderly makes this area by far the largest single segment of the independent health and care services market with an annualised value of Â£13.4bn. This is followed by private acute medical care (Â£6.4bn) and homecare (Â£6.2bn).

Commenting on the findings presented in the Review – which is now in its 25th year – editor and Laing & Buisson chief executive William Laing said:

‘Independent sector providers now play a significant role in virtually every aspect of health and social care. This is not a new phenomenon; it has been building up for three decades under Labour, Conservative and now Coalition administrations – first in social care services where independent sector providers had and still have a very clear price advantage, and more recently in NHS clinical services where the independent sector has been a source of additional investment, new capacity and alternative facilities to support NHS patient choice.’

Despite their substantial and growing role, independent sector providers have faced a challenging environment since the global credit crisis – with debt overhangs from pre-crisis days, pressure on volumes and prices from public sector purchasers and a fall-off in demand in some privately funded markets.Â  William Laing continued:

‘Companies which focus on providing outsourced services for public sector agencies (the NHS and local councils) have been hard hit by the ‘feast to famine’ change which has been a feature in all publicly funded services. But this has not affected the commitment of providers and financial backers to participate in what they view as a long term expansion of their role in established markets, while providers in embryonic independent sectors such as primary medical care and community health are keen to get a foothold and contribute to a broad reconfiguration of healthcare provision away from hospitals and towards community based alternatives.’

‘Companies serving the privately paid market have also experienced a challenging market environment following the global credit crisis, with PMI and medical expenses cover dipping by 8% between 2009 and 2012, and growth in private dentistry falling off. Other privately funded markets have been more insulated from the recession, in particular care homes serving older people where demand is needs driven and a ready source of funding exists in residents’ no longer needed housing assets.’ 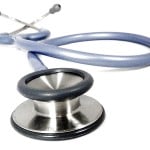 The Review also has a comprehensive discussion on the growing role of Private Equity in UK healthcare and a unique directory of the main players and where their healthcare interests presently fall.

Launching the publication at an event hosted by sponsors commercial property advisers GVA, Mr Laing explained the decision to reconfigure the report which is affectionately known as the ‘healthcare bible’ was based on market changes. He said:

‘Of paramount importance to professionals working in the health sector today is ease of access to the headlines statistics upon which this economy is built. That goes for providers of services just the same as it goes for investors, private equity houses and banks.

With names from the private equity world taking an increasing role in the backing of UK healthcare the Review has evolved to become the obvious go-to guide in which to pull out the headlines which make the sector such an interesting and vibrant opportunity.’

Laing’s Healthcare Market Review 2012-13 includes 13 sector summaries, a chapter looking at the political and regulatory environment, a chapter examining the role of private equity (along with a directory of these investors) and an exclusive table of major transactions which have happened in UK healthcare since December 2004. It also includes Laing’s Directory – the most comprehensive listing of provider organisations, insurers, hospitals and clinics and a financial directory of up to 5 years’ statutory accounts for over 300 of the largest providers currently operating.

Image by Stethoscopes (Own work) [CC-BY-SA-3.0 (http://creativecommons.org/licenses/by-sa/3.0) or GFDL (http://www.gnu.org/copyleft/fdl.html)], via Wikimedia Commons