UK inflation jumped to 2.7% in April, from 2.3% the month before but the timing of Easter has been a key factor in determining inflation in the last two months.

Airfares typically rise quite sharply at Easter time. However, in 2016, with Easter falling earlier in the year, the inflationary effect of rising air fares pushed up on prices in March 2016. As a result, last month, when the inflation data for March 2017 was released, the overall comparison with a year ago was distorted by factors influenced by the timing of Easter, and the inflation rate was lower than would otherwise have been the case.  In April, this effect was cancelled out. In fact, rising air fares were the single biggest driver of UK inflation in April. 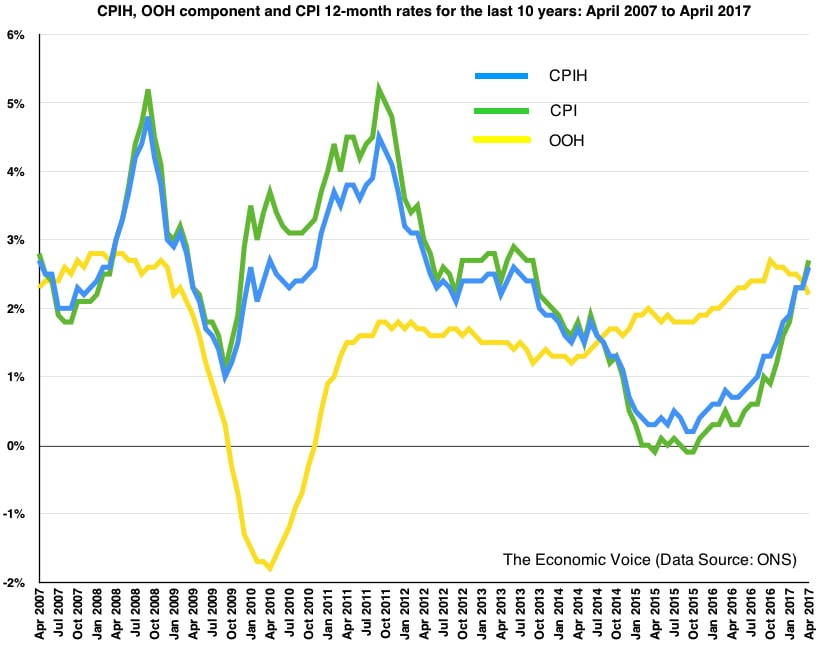 When setting interest rates, the Bank of England tends to look more closely at core inflation – with food, energy and tobacco, stripped out. Investors may therefore want to note that this rose to 2.4% from 1.8% the month before.

It seems highly likely that next month, when we get the data for average wages in April, we will find that real wages fell in the month – this will put companies that are more reliant on the domestic economy under pressure, for example, the retail sector.

However, a few months ago, many economists were forecasting that inflation would be much closer to 3% by now.

The pattern of the last few weeks, not just in the UK, but the US and euro area, is that inflation is surprising on the downside. Furthermore, recent falls in the oil price will lead to even more downward pressure.

Although one member of the Bank of England’s monetary policy (MPC), Kristin Forbes, voted for a hike in interest rates in the last meeting, the minutes made it clear that other members will only join Ms Forbes in voting for a rise, if inflation starts surprising on the upside. So far, this has not happened.

There is nothing in today’s data to suggest that the MPC will deviate from its current course.  The odds of an increase in UK interest rates later this year are diminishing.