UK Inflation Stable and Remains Below May Peak

Consumer price inflation was stable at 2.6% in July, keeping it below May’s peak of 2.9%. Nevertheless, consumers continue to face a considerable squeeze on their purchasing power – there is little doubt that inflation of 2.6% in July will still have been clearly above earnings growth, which will likely be close to 2%.

Muted producer output prices in July and a further easing back in the year-on-year increase in input prices point to easing inflationary pressures down the price chain.

There is now a very real chance that UK inflation will dodge reaching 3% in the latter months of this year, although it may well edge a little higher in the near term as sterling’s past sharp drop may not have fully fed through.

There is doubt that there will be any interest rate hike until at least late on in 2018, and it could well be delayed until 2019. 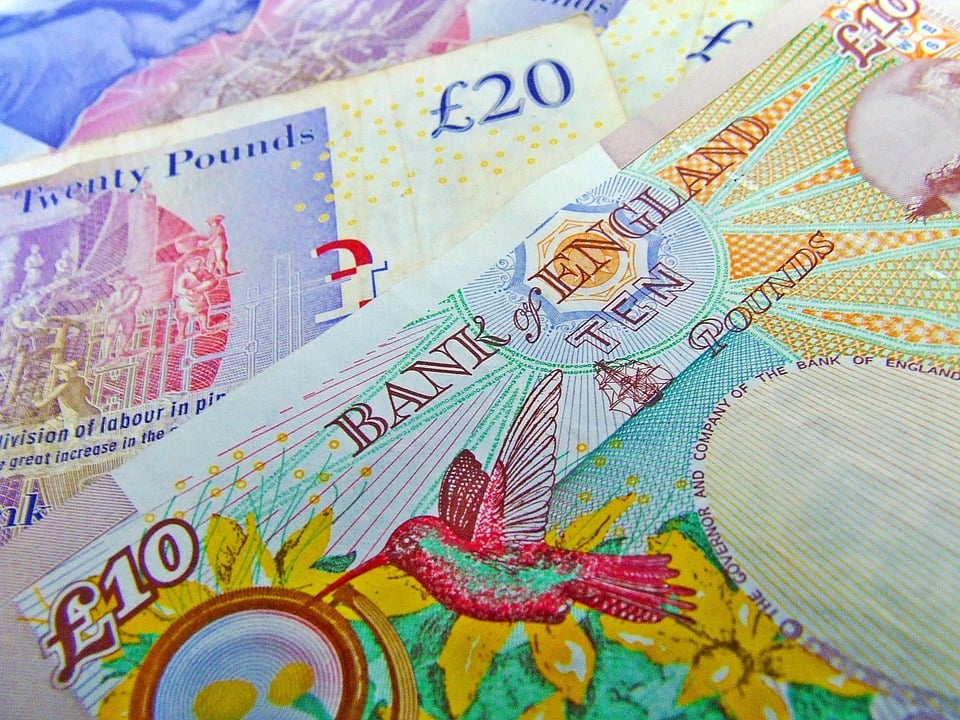 “Consumer price inflation (CPI) was stable at 2.6% in July, after dipping to this level in June from a near four-year high of 2.9% in May. June had marked the first time that inflation had fallen back since April 2016 (when it was just 0.3%).

“Inflation was limited in July by lower motor fuel prices. Indeed, fuel prices fell for a fifth month running in June. However, upward pressure on inflation in July came from higher food and utility prices.

“July’s producer price data was relatively muted, thereby fuelling hopes that price pressures are easing back further down the supply chain. Producer output prices rose a modest 0.1% month-on-month (m/m), causing the year-on-year (y/y) increase to dip to 3.2% from 3.3% in June and 3.6% in May.

“Encouragingly, the recent marked easing back in the y/y increase in producer input prices continued in July as it moderated to 6.5% from 10% in June, 12.1% in May and a peak of 19.9% in January.”

“There is now a very real chance that UK inflation will dodge reaching 3% in the final months of the year, although there could be a limited rise in the near term as sterling’s past sharp drop may not have fully fed through. However the risk of inflation going markedly above 3% looks to have been diluted by sterling firming from its early-2017 lows and oil prices softening. Ongoing muted earnings growth and slowing UK economic activity are also keeping a lid on domestic price pressures.”

“While inflation has eased back from a peak of 2.9% in May to 2.6% in July, offering some relief to consumers, it will still highly likely have been above pay growth, thereby resulting in a further drop in consumers’ real earnings. The latest data shows that total weekly average earnings growth was 1.8% in the three months to May, while regular earnings growth was 2.0%.

“The consumer squeeze still looks unlikely to ease before 2018. Inflation is likely to be close to 3% over the coming months and earnings growth looks unlikely to pick up significantly in the near term at least. This does not bode well for consumer spending over the rest of 2017.”

“Inflation in July remaining below May’s peak level facilitates the Bank of England (BoE) holding off from raising interest rates any time soon.

“We believe it is highly unlikely that the BoE will raise interest rates in 2017, with growth likely to remain lacklustre over the second half and with inflation looking close to peaking and likely to fall back appreciably in 2018.

“We have pencilled in one interest rate hike to 0.5% late on in 2018, but this is far from certain. It is partly based on the assumption that there will eventually be an agreement on a Brexit transition period that helps the economy improve later on in 2018. We certainly would not be surprised if interest rates remained at 0.25% going into 2019.”