UK inward investment to be overtaken by Germany in 2 years

London, Wednesday 20 June 2012: The UK remains Europe’s top destination for foreign direct investment (FDI) but will lose its crown to Germany within two years unless action is taken, according to Ernst & Young’s annual UK Attractiveness Survey out today.

The report, which analyses inward investment and the attitudes of global investors, shows that the UK attracted 679 projects in 2011 creating nearly 30,000 jobs.

However, the UK suffered a 7% decline in overall projects, with financial services investment, a traditional source of FDI, dropping by 15%. In contrast, Germany’s share of overall inward investment rose by 15% – leaving it only 2% behind the UK. For the first time in 15 years Germany secured a higher share of manufacturing projects and overtook the UK in securing investment from Japan. Germany also swept up investment from the BRIC countries, winning twice as many FDI projects from Chinese businesses.

UK must maintain its strengths while finding new ones
The report demonstrates how dependent the UK is on a small number of countries, especially the US, and sectors, such as financial services, for the majority of its projects. Germany’s growth illustrates the importance of two way trade and strong domestic demand, in driving investor choice and shows how linked success in attracting inward investment is to wider economic performance.

The 500 decision makers surveyed as part of the report called for greater focus on supporting R&D and innovation, developing education and skills, and improving attractiveness via incentives, taxation and attention to real estate and labour costs.

Ernst & Young UK & Ireland managing partner Steve Varley says: “The ability to win investment has been a crucial source of pride, job-creation and growth over many years and is now more important than ever. These findings must act as a wakeup call to prevent the UK losing its lead in foreign direct investment.

“The UK needs to keep existing FDI sources and investors happy, while also seeking out new markets and opportunities. The consistent theme coming through loud and clear from investors is that the UK needs to focus on three areas to increase its attractiveness: R&D Â  and innovation, developing education and skills and creating a strong economic environment that balances demand, efficiency and incentives.”

The main foreign investment into the UK comes from the US, followed by Germany and India. India is the bright spot among the BRICS – with the UK receiving by far the most investment from the country. The leading sectors for the UK were business services, software and machinery and equipment.

Despite overall positivity about the UK as an investment destination, barriers to investment remained. Less than half of major investors cited labour costs as appealing. One in six said the cost and availability of real estate was unattractive, while only 53% found the UK’s corporate taxation appealing.

The survey found that the UK’s most attractive qualities among foreign companies are its quality of life, culture and language, stable political environment and infrastructure. It shows 86% of investors are confident the UK will overcome its economic challenges – higher than for other European countries (81%) – excluding Germany. However, there are clear warning signs about the risks if the economy does not recover; the level of domestic demand is the single most important factor driving decisions to locate in the UK. The importance of the UK as a gateway to export to other markets was also highlighted, an issue that may become more significant as the economic and political situation in the Eurozone and wider EU develops.

Mark Gregory EY’s Chief Economist commented: “The results illustrate that inward investment is not a standalone activity but is one component of the overall economic landscape. The performance of the UK economy and success in exporting will all influence the level of inward investment. A joined up economic policy is required to maximise the UK’s economic potential.

“Looking to Germany, investors value its transport and logistics skills and infrastructure and its telecommunications infrastructure very highly. The UK’s tends to attract investors based on softer criteria such as quality of life and political stability. We believe more analysis is required to understand f more investment is required in physical facilities to reposition the UK.”

London supreme but a double digit decline in regions
London is the jewel in the UK’s crown, attracting more projects than any other city and more than all, but four countries. Despite the overall fall in UK projects, London actually increased its share of FDI by 13%, securing half of all UK investment. The report found that 60% of all investment was to London and the South.

In contrast, all other English regions saw double-digit declines in projects. Wales suffered the biggest slump, with its share of overall UK projects falling to 1.3%, compared to a high water mark of 9% eight years ago.

While there is no clear-cut cause-and-effect relationship, the closure of English Regional Development Agencies was announced in 2010, and it remains to be seen how this affects the UK’s ability to reinvigorate FDI at a local level. Scotland, which retains the Scottish Enterprise agency, enjoyed the highest FDI-sourced job creation in the UK (5926) followed by the East Midlands (3819) North-West (3715) and London (3711). Despite the superior number of projects in the capital, these were focused on business services, software and financial services, while the top UK job creators were retail (3350 jobs) and automotive assembly (3208).

Overall, investors’ most important consideration in choosing a region was availability and skills of the local workforce (52%) followed by strength of business locally (35%) and access to regional grants and incentives (31%).

The car’s the star

Mark Gregory, Ernst & Young Chief Economist, says: “The automotive industry is the real success story with inward investment by companies in the sector being used to harness the UK’s potential to relaunch a sector the UK was once famous for. The UK has a significant installed base in all of Europe’s top employment three generating sectors, and could boost employment by building on this solid platform with new and follow-on investments.”

“There are a broad number of positive reasons investors have to invest and a great number of strengths but there is clearly a need for the Government and the business community to work together to capitalise on the UK’s proven strengths and global brand.”

Ernst & Young’s 2012 UK Attractiveness Survey is based on a twofold, original methodology that reflects:

The “real” attractiveness of UK for foreign investors. Our evaluation of the reality of FDI in UK is based on Ernst & Young’s EIM. This database tracks FDI projects that have resulted in new facilities and/or the creation of new jobs. By excluding portfolio investments, mergers and acquisitions, it shows the reality of investment in manufacturing or services operations by foreign companies across the continent.

The “perceived” attractiveness of UK and its competitors by foreign investors. We define the attractiveness of a location as a combination of image, investors’ confidence and the perception of a country or area’s ability to provide the most competitive benefits for FDI. The field research was conducted by Institute CSA in February and March 2012, via telephone interviews, based on a representative panel of 500 international decision-makers.

Ernst & Young is a global leader in assurance, tax, transaction and advisory services. Worldwide, our 152,000 people are united by our shared values and an unwavering commitment to quality. We make a difference by helping our people, our clients and our wider communities achieve their potential. 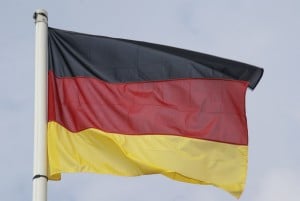 Why This Old Tech Stock Is Relevant Again

Big Money to the Big Four Banks – But What Did We Get?