The latest UK labour market numbers from the Office for National Statistics look good across the board.

This will give comfort to the Prime Minister, David Cameron, but leave no avenue of attack for the new Labour Party leader, Jeremy Corbyn, at today's PMQs.

"July's labour market data offers some reassurance that June's rise in unemployment was only temporary. The numbers also point to a 'goldilocks' jobs market – not too hot and not too cold. At 5.6%, the unemployment rate in the three months to July was unchanged from that in the previous three months. However, a stable jobless rate disguised an admittedly modest 10,000 rise in the number of people out of work and a small increase of 1,200 in the claimant count measure in August. 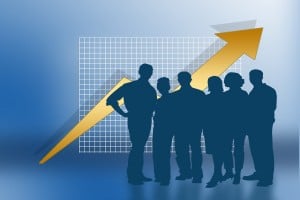 "Meanwhile, employment grew by 42,000 from April to July compared to three months earlier. While a welcome increase given falls in the number in work in May and June's releases, the rise seen in July's data was only a fraction of the 200,000 increase in employment averaged in the early part of 2015. So while slack in the labour market continues to erode, the pace of that erosion has slowed noticeably from a few months ago.

"A similar message was evident in the pay data. Granted, earnings growth regained a little pace, after June's bonus-related dip, seeing the fastest rate of increase since January 2009. But at 2.9%, headline growth in total pay (the three-month average of the annual rate) was only slightly up on the 2.8% recorded in June. A hefty 17% annual rise in bonuses helped here, although regular pay growth also rose from 2.8% to 2.9%.

"Evidence of a fairly becalmed labour market should offer further reassurance to the MPC that there is no need to raise interest rates this year. And in dampening any hawkish mood, the latest jobs numbers offered another positive sign on the productivity front. Hours worked fell by 0.4% in the three months to July while GDP probably grew by around 0.7% over that period. This implies output per worker rising at well-above trend rates, supporting further growth in pay but in a manner that puts less pressure on firms to raise prices."

"It's welcome news that workers' pay packets are increasing after years of stagnating. However, this is now the third consecutive increase in unemployment and Ministers mustn't become complacent about overall joblessness.

"With such low levels of productivity persisting in the workforce and high levels of youth unemployment, the Government must do more to bring about an increase in the number of secure jobs in the British economy.

"Rather than stripping workers of their employment rights and taking thousands of pounds a year out of the pockets of millions of working families across the UK, the Government should be backing British workers to bring confidence and optimism back into our workforce."

"This is the sixth month in a row we've seen the number of self-employed people working in the UK fall. Recent Budget announcements are likely to hit this community further and we urge the Government to consider how it can help reverse this trend with additional ways to support the 4.5 million self-employed workers.

"Proposed changes to travel and subsistence allowances, and additional tax liabilities for people who operate through limited companies mean that large numbers of self-employed will feel squeezed. To reach the goal of full employment we need a robust self-employed community and these measures will not help achieve this.

"If the Government is serious in wanting to become Europe's leading knowledge economy then it needs the country to have a competitive edge. Maintaining a vibrant and strong flexible workforce is the only way for this to happen."

Michael Martins, Economic Analyst at the Institute of Directors said:

"Today's figures are further proof that Britain's businesses continue to power the recovery and are sharing the rewards with their employees. In the downturn, businesses did all they could to keep people in work, taking the difficult decision to cut hours or freeze pay. Now, real pay growth has become entrenched and the rate of unemployment has stabilised. The proportion of people in work is now back to its joint highest level on record, suggesting the UK economy is close to full employment.

"As firms ramp up production, and real wage growth boosts consumer confidence, job security is also on the up. The number of part-time and temporary workers who would like a full-time position is at its lowest since before the crisis and the number of long-term unemployed has fallen dramatically in the past twelve months. Even though short-term unemployment appears to be growing slightly, this could be a result of more people starting to hunt for jobs in response to a high number of vacancies.

"It is also encouraging to see that productivity could finally be increasing. Employees are doing more with less – working fewer hours, producing more and being paid more. These are all signs that although the headline unemployment rate may have plateaued, the labour market is still tightening. People will have to look hard to find a negative story in today's figures, which provide yet more evidence that the UK economy is strong and stable enough to begin the gradual and incremental process of normalising interest rates after the US Federal Reserve."

"While it's too soon to say that the labour market is weakening significantly, poor employment and unemployment results for the third month running are worrying. The rise in employment on the quarter is accounted for entirely by a rise in self-employed people working part-time.

"It is welcome that private sector earnings continue to rise, but there is still a long way to go to make up lost ground and the public sector is even further behind.

"We need a stronger and fairer recovery that works for everyone – with more investment in skills, infrastructure and innovation to help better job creation and sustainable pay growth."

"It's good to see employment on the up after the last few months, especially amongst our young people. At the same time however, unemployment has edged up as the number of people actively seeking work rose, but jobs growth failed to keep up.

"Pay growth is ticking up, which combined with low inflation, means workers have more of their hard-earned money in their pockets. If we are to achieve sustainable higher wage growth, boosting productivity remains crucial.

"However, with the National Living Wage increasing pay for entry level workers by 7.5%, this is running well ahead of private sector regular pay growth, at 3.4%. To safeguard jobs, it's crucial the Low Pay Commission can make an independent judgement on the future path of this new pay floor."

"The increase in wage growth will be toasted by consumers who will have felt the benefits of more cash in their pockets in August. This is a welcome pat on the back for long-term savers, who may opt to pay a larger proportion of their salary into their pension. Looking ahead, the current bull-run of sterling is putting the brakes on inflation, and combined with yesterday's CPI figures, should put the possibility of a rate rise on hold for now."

The General Election results do not tell the whole story