The latest Markit/CIPS UK Manufacturing PMI has come in for August at a 14 month low of 52.5 but is still in positive territory above the neutral number of 50.

There was good news on employment though as further job creation was seen in August making it the sixteenth month in a row to see more jobs.

“Growth of the UK manufacturing sector cooled further in August, taking the headline PMI down to a 14-month low of 52.5. The underlying dynamics of the survey also provided a consistent picture of a broad slowdown, with inflows of new business and new export orders weakening and the pace of job creation also easing. Sustaining the upturn is nonetheless still a positive in itself, and it should be noted that the pace of expansion remains solid and a touch above its long-run average.”

“UK manufacturers were walking rather than running in August as the sector’s performance fell to a 14-month low and growth began to slow further. There is a distinct easing across the breadth of UK manufacturing, with growth in output, new orders and employment all reducing to a more pedestrian level.” 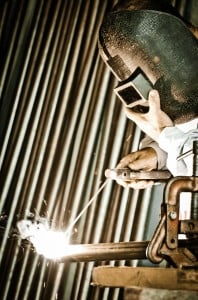 “The combination of today’s data suggests that the UK’s expansion is in danger of losing its balance. In early 2014, investment and exports offered solid support to GDP growth and reduced the economy’s reliance on consumer spending and the housing sector. But there is now concern that the UK is in danger of repeating the problems of the past.

“Household lending was more positive, with net lending to households at its strongest for six years. Mortgage approvals appear to be stabilising at around 67,000, suggesting that any short-term disruption caused by the Mortgage Market Review is likely to be largely over.

“The pickup in unsecured lending is particularly noteworthy. Net lending has only been this high in two months since the financial crisis. On one hand this is likely to reflect stronger confidence on behalf of consumers to borrow, but on the other it could be a function of the ongoing weakness in real incomes, which is forcing some consumers to borrow to sustain consumption levels.
“Overall, today’s data point to slower growth over the second half of this year – with over 3% giving way to something closer to 2½%. An interest rate hike in 2014 seems an ever more distant prospect.”