A stuttering supermarket sector has weighed on the sales and profits of UK plc, according to the latest Profit Watch UK from The Share Centre.

Revenues fell 2.2% to £341.7bn among companies that reported annual results between April and June. Supermarkets account for nearly a third of the total, and so their weaker performance has dragged down growth in the 350. Collective revenues in the sector dropped 3.1% to 99.0bn, the first time they have dipped below £100bn since 2010, as tough trading conditions bite and price competition from aggressive discounters eats into the top line of the established players. 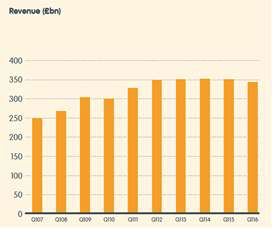 Falling sales were not universal across the companies reporting, however. More than half of companies in the cohort saw revenues increase, with stronger performances from both the industrial and retail groups. Among retailers, Next delivered another strong year, while industrials saw sales climb 2.1%.

Companies are still struggling to grow margins: operating profit fell for the eighth time in the last nine quarters, and by a faster rate than sales, meaning that margins were squeezed. Profits fell by 3.0% to £27.1bn after adjusting for index changes.

Half of companies increased their operating profits, but not by enough to offset those suffering falls. The biggest single contributor was mid-cap miner Vedanta, whose profits halved year on year as a result of low commodity prices, while Sainsbury, Tesco, and Morrison all saw profitability decrease.

Large swings in exchange rates also took their toll on the sales and profits of companies with large overseas operations. These including Vodafone, SABMiller and Kingfisher. 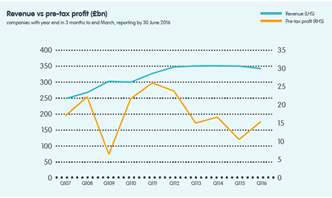 Pre-tax profits provide more positive reading for investors. Pre-tax profits had been previously battered by large asset write-downs from a number of the UK’s largest companies, totaling just £89.7bn on revenues of over £1.6 trillion in the last year – the lowest level since 2008. However, the slew of write-downs seen in the financial, mining, oil, and food retailing sectors is coming to an end. As a result, pre-tax profits jumped to £17.5bn, up 44.9%, on an adjusted basis. Tesco, for instance, did not repeat £5bn of write-downs it made last year, and so its pre-tax profit jumped from a loss of £6.3bn to a £162m profit.

From here on, many businesses are set to benefit from the devaluation of the pound.

The results of large overseas operations of companies like Kingfisher or Diageo (which currently report accounts in pounds), will be worth much more in sterling terms. Their reported sales and profits will get a devaluation boost. So will exporters, who can boost volumes or margins or both, selling their products abroad. 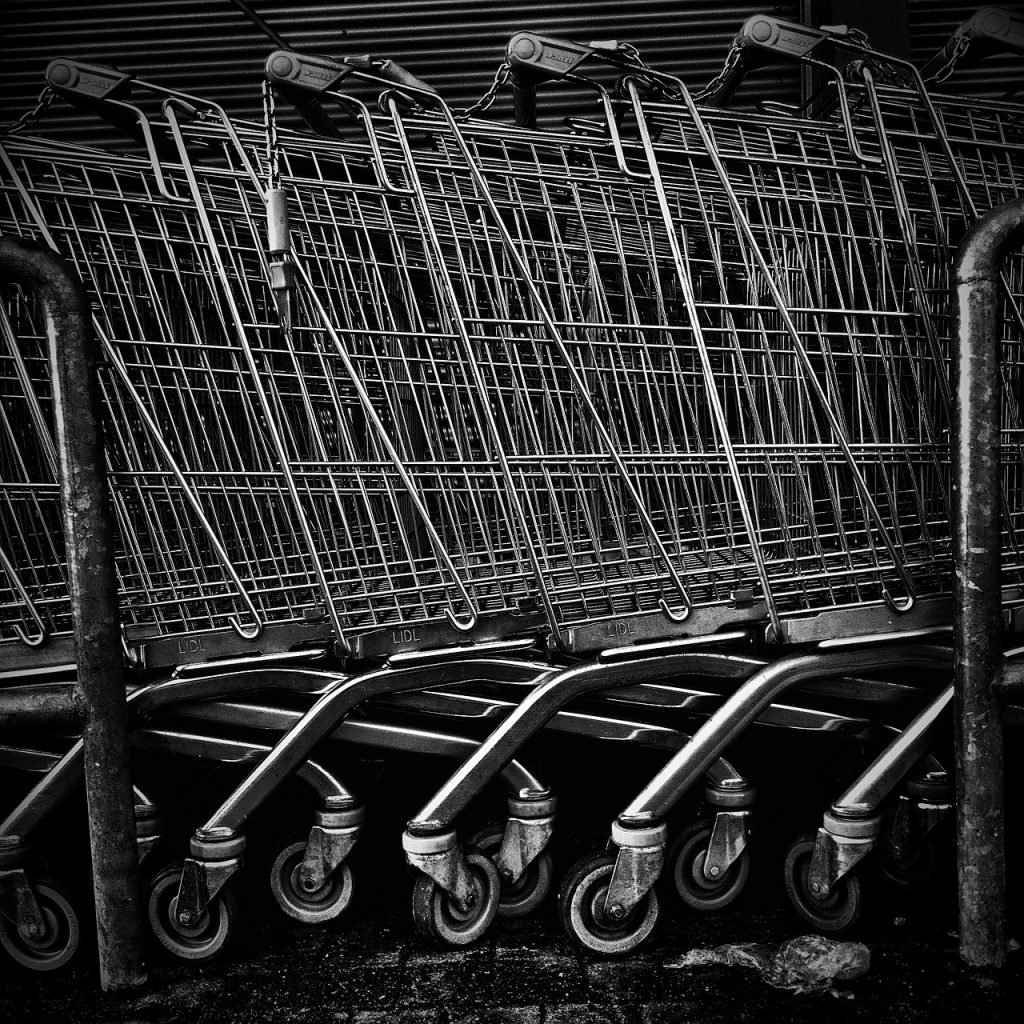 Moreover, 40% of the UK’s 350 revenues are declared by companies reporting in US dollars. Unfortunately, these companies collectively made almost no profit over the last year, given that many of them are in the troubled commodity and energy sectors. Yet in a more normal year the sterling value of their pre-profits would be around £13bn higher, since the Brexit devaluation.

Helal Miah, investment research analyst at The Share Centre said:  “It has been a tough couple of years for UK plc, battling against global economic headwinds, and sector-specific problems that have beset commodities, energy, and food retailers. Supermarkets have had a particularly difficult time of it, facing intense price pressure and competition from discounters.

Meanwhile, companies exposed to UK consumer spending, bolstered by a burgeoning UK economy, have broadly seen stronger growth. The Brexit vote has turned this on its head.

“The implications of the economic slowdown will mean lower demand for sectors such as housebuilders and retailers, while the travel industry is already feeling the effects. Easyjet saw its costs soar by £40m within four weeks of the referendum. Financial services may suffer too, if passporting to the EU fall by the wayside. Profits in these sectors will be harder to come by in Brexit Britain.

“On the flip side, the devaluation of the pound will boost the sterling value of any overseas business, whether via exports, or from translating the value of overseas operations back into pounds. This is more than just accounting. For sterling investors, that will mean extra dividend income from those supercharged profits. This is mainly why the FTSE 100 has performed so well since the referendum. Elsewhere, defensive sectors like utilities and pharmaceuticals are likely to be well insulated, not only because demand is relatively steady, but also because they offer high and stable dividends. The one downside is the revaluation of overseas liabilities which would typically lead to a one-off charge on the income statement.

“Investors can certainly be pleased that the worst of the UK’s successive waves of asset write-downs is now behind us. Now that unproductive or overpriced assets have been wiped off balance sheets, with an accompanying big hit to profits, UK plc’s bottom line should better reflect the margins earned on businesses as they are currently structured and financed.”