OK, not the most stirring of headlines, but this does illustrate how complex foreign affairs can be. Not that the politicians in question are doing anything wrong and in fact may well be benefiting our nation. But there are many delicate eggshells to be walked over in the process where Taiwan is concerned.

The visit of members of the All-Party Parliamentary British-Taiwanese Group to Taiwan is very positively reported in Taiwan Today. This all-party group even has its own web-site. The Taiwan Today article quotes the visitors waxing lyrical about the progress Taiwan has made and how they will support Taiwan in its efforts to join the Geneva-based Inter-Parliamentary Union, a worldwide parliamentary forum. The delegation leader Lord Faulkner of Worcester is on his seventh visit there and has promised on his return to the Palace of Westminster to open a debate up on the future of UK-Taiwan relations. 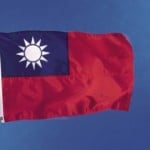 The reason for this is that the People's Republic of China (PRC) regards Taiwan as its territorial property. Hence why to many around the world Taiwan is known as the Republic of China (ROC) so as to keep the Chinese sweet. The Chinese have said that they will refuse to recognise any state that formally recognises Taiwan.

The UK and US have decided to formally recognise China (PRC) but to somehow keep relations going with Taiwan (ROC) presumably with the tolerance of the Chinese as long as it does not go too far.

In this the US has a problem, it continues to support Taiwanese independence (even to the point of military support) and has to do so without upsetting the Chinese with whom they want to continue a 'special trading relationship'. As well as avoiding direct conflict with China of course.

The UK as ever wants to keep both the US and China on-side while maybe picking up the odd defence contract with Taiwan in the process. As Gerald Howarth MP said "… may I confirm to my hon. Friend and to the House that the Government attach the highest priority to defence exports …".

Just shows what a can of worms the relations with just one 'country' can be.

One is also left wondering though how much influence we really have in that area of the world and also if everything we do in Taiwan or everything that our politicians say about it has to be cleared diplomatically with Beijing (and the US White House for that matter) first.