The latest population estimates for the UK from the Office for National Statistics (ONS) put the UK population at 65,648,000 as of the 30th June 2016.

That is an increase of 538,000 in the number of people resident in the country over the preceding twelve month period. This increase of 0.8 percent is similar to the average growth rate since 2005 says the ONS.

One point to note in the figures is that, although it continues to age, the population is ageing at a slower rate than in recent years. 18 percent of the population was aged 65 or over in mid-2016, whereas it was 17.9 percent in mid-2015.

On a country by country basis England’s population rose by 0.9 percent, Wales saw 0.5 percent, Scotland 0.6 percent and Northern Ireland had a 0.6 percent increase. 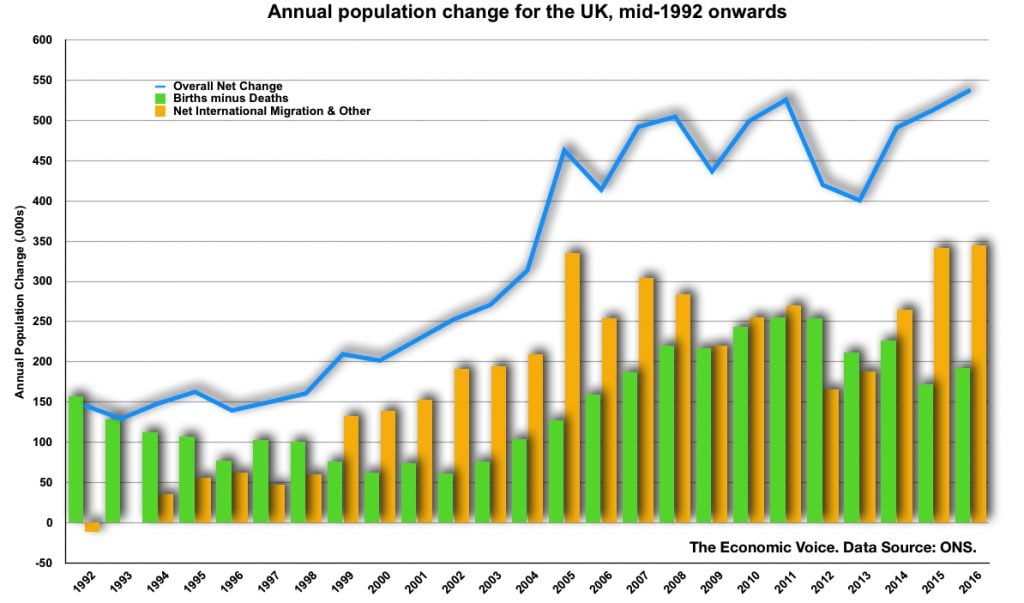 "The population of the UK continued to grow in the year to mid-2016 at a similar rate to that seen over recent years. Net international migration continued to be the main driver, but there was also an increase in births and fewer deaths than last year.

"Population growth was not evenly distributed however, with London’s growth rate more than twice that in Wales, Scotland, Northern Ireland, and the three northern English regions."

What should be of concern is the increasing rate at which the population is growing. The 538,000 increase last year is the largest increase seen since the year to mid-1947 when it was 551,000. Over the last ten years the annual increase in the UK population has been 482,000 says the ONS.

How long will it take to increase by another five million and is this rate of growth sustainable?

Nissan jobs boost for the UK