Latest data from the Office for National Statistics (ONS) shows that production output fell 1.5 percent between August 2012 and August 2013.

The largest component of production, manufacturing, fell by 0.2 percent over the year with mining & quarrying falling by 10.1 percent and the electricity, gas, steam & air sector falling by 3.5 percent (all figures seasonally adjusted).

Total production fell between July 2013 and August 2013 by 1.1 percent with downward pressure being exerted from all four main sectors.

From the following graph it can be seen that the trend in both manufacturing and production has been down since the start of 2011. (Click on graph to enlarge it.) 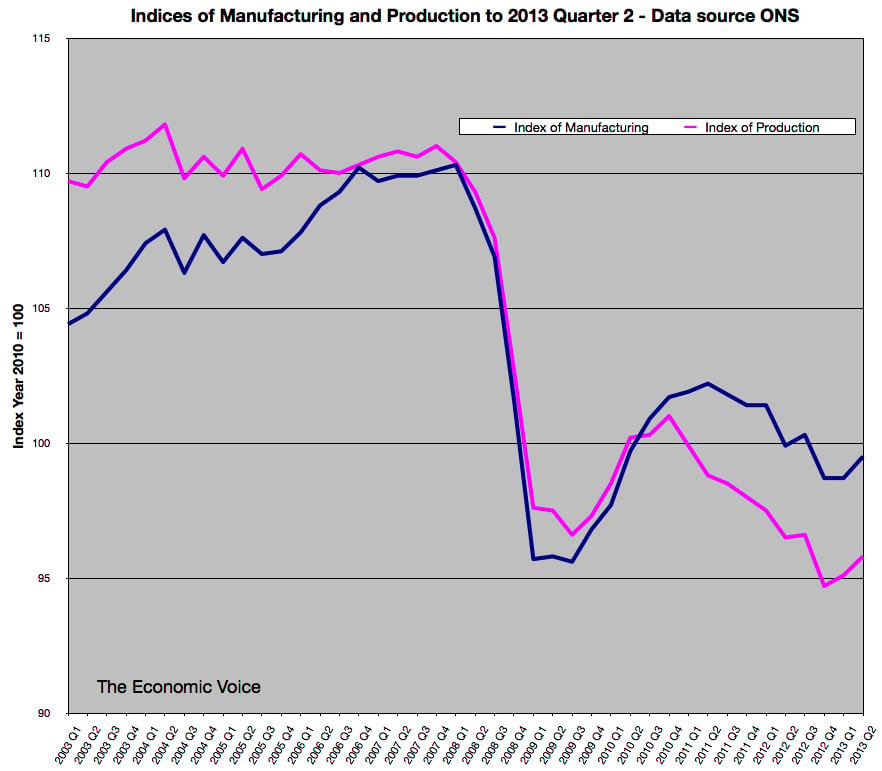 Commenting on the figures Sasha Nugent of caxton FX said: "Manufacturing production figures were certainly a surprise and more evidence is building that the journey to stabilizing the economy is going to be a bumpy one. Investors that profit took last week anticipated the movement well. The Bank of England will breathe a little more easily as their dovish stance is looking more justified, especially ahead of the base rate announcement tomorrow."

Mobile trading is on the increase