GDP growth in current prices was though estimated to have only grown by 1.4 percent between 2013 Q2 and Q3, a downwards revision of 0.3 percent.

“Although the Q3 growth rates were unrevised, the substantial revisions to earlier data confirm our long-held suspicion that the recovery has not been as weak as had been previously reported. 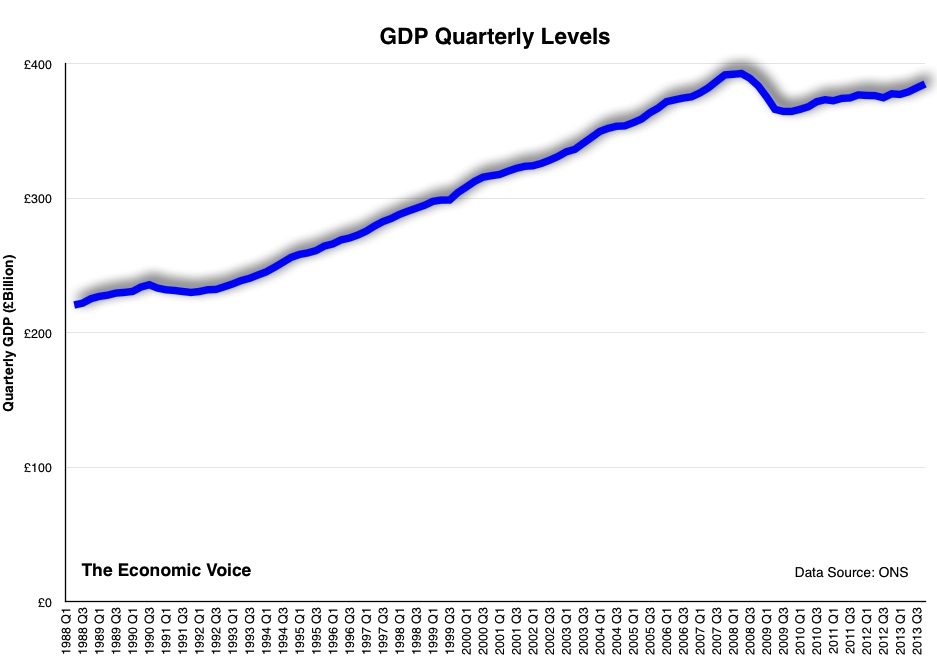 “But these revisions have resulted in the recovery being even more focused on the consumer and housing. The trade data has been very poor, as shown from by the goods deficit and current account deficit both hitting record highs. While some of this can be attributed to the strength of domestic demand, the performance of exporters remains very disappointing.

“We are sceptical as to the extent that the consumer can continue to drive growth, so it is imperative that exports begin to play their part. Recent survey data offers some hope in this respect, although the official export data has been tracking well below the surveys for some time now.

“The Q3 expenditure breakdown continues to look odd, not least the very large contribution of stock-building. But past experience suggests this is likely to be revised away in the future.

“The strength of the recovery over the past few quarters has also driven an improvement in the public finances through higher tax receipts. Today’s figures suggest borrowing is on track to hit the OBR’s forecast.”

"This confirms the robust pace of growth in the third quarter and that the recovery in 2012 had been better than previously expected. And it supports businesses' view that the UK economic recovery is back on track.

"But there are still hurdles to overcome before growth returns to a sustainable level, and we need to see an even stronger pick up in investment and exports in particular."

Two Factors Suggest Problems in Gold Market Will Get Bigger?