The UK economy looks set run out of steam over the next six months as the sharpest deterioration in financial market conditions since the 2008 financial crisis years puts a squeeze on business confidence and downward pressure on the pound.

Financial market conditions in the UK as measured by CrossBorder Capital’s Global Liquidity Index™ was at 17.6 in the three months to December, the weakest reading since September 2008. A reading above 50 denotes expansion, a reading below 50 a contraction.

The dramatic deterioration is driven largely by the reduction in the pace of bond purchases by the Bank of England’s QE programme, pressure on margins of UK businesses and a collapse in net foreign inflows since the summer. These poor UK readings are likely to be a leading indicator of weaker Global Liquidity readings over coming months. 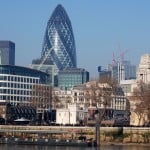 “The Bank of England’s stance is too tight,” said Michael Howell, managing director of CrossBorder Capital, which has been compiling the GLI™ for more than 20 years. “Refinancing is getting difficult for many businesses and, going on past performance, this will knock business confidence hard. A decline in liquidity conditions of this magnitude is a very worrying prospect ahead of the Election.” Howell said freezing market conditions may spur the Bank of England to carry out another round of QE, heaping pressure on sterling.

The squeeze in UK liquidity conditions  comes amid a similar deterioration in global conditions. Last month, CrossBorder Capital estimated that about $10 trillion will be sucked out of the $100 trillion global liquidity pool, roughly the equivalent of the net contraction suffered during the crises of 2008/09 and 1996/98.

The Global Liquidity Index™ – which tracks the amount of money available for investment – showed a reading of 44.5 by the end of November compared with a revised 48.2 reading a month earlier.