* New flatsharer numbers up by 31% in just two years

With average UK rents having risen by 9.5% since 2010[1], research carried out by flat and house share website SpareRoom.co.uk reveals that more than half (51%) of its users have returned to flat and house shares after renting alone or with a partner – suggesting that renting solo is no longer an affordable option for many.

While almost a third of SpareRoom users (33%) have always lived in shared flats or houses, 51% said they used to either rent alone or with their partner – another 16% said they had once been homeowners. With the number of new people looking for flatshares having risen by 31% since 2011, the findings suggest more renters than ever are returning to flatshare in a bid to save cash.

The survey of 1,071 UK renters asked: ‘If you’re sharing (or looking for a flat or house share) have you returned to sharing after renting alone/with your partner?’. The answers are in the table below:

Huge financial savings can be made by renting a room in shared accommodation, rather than a whole property. Across the UK, theaverage cost to rent a one bedroom flat (including bills) is Â£12,669 per year, while the cost of renting a room with bills included is just Â£6,079 – a saving of Â£6,590 per year. In London, the difference in price between renting a one bedroom flat, which costs an average Â£19,633 per year, including bills, and a room in a flat or house share, at Â£7,767, also including bills, is a staggering Â£11,866. 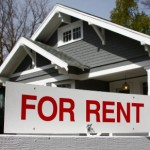 SpareRoom has recently launched an online calculator that shows how much more quickly renters can save a deposit by flatsharing instead of renting solo – it’s possible to do so in as little as 3.2 years (based on the UK average).

Matt Hutchinson, director of SpareRoom, comments: “While flat and house sharing is embraced by most young people as an affordable way to live, some prefer to make the leap to renting a whole property before they finally look to buy.

“That’s understandable but, for most, staying in shared accommodation would allow them to save for a deposit far more quickly, helping them achieve their ultimate goal – owning their own property – much sooner.

“The standard of flatshares is improving fast as landlords realise demand for quality shared accommodation is on the rise. The idea that, by flatsharing, homeownership could be within reach will be incentive enough for many to stay in shared accommodation for a bit longer.”

PDQ Machines: A Model and Cost Comparison for UK Businesses