Rents in the UK fell by 0.3% in June compared to the same month a year ago, the second month in a row in which rents fell; the average monthly rent now stands at £908. Rents in London fell by 2.6% in June this year compared to June 2016; the average monthly rent in the capital now stands at £1,524. HomeLet’s June Rental Index reveals that rents fell in five of the 12 UK regions covered in the research.

New data from HomeLet reveals that UK rental prices fell by 0.3% when compared to last year, the second successive month in which rents showed a decline. June’s decline mirrors the 0.3% fall seen in May, the first annual fall in rents recorded since December 2009. The average rent agreed on a new tenancy during June was £908, down from £910 in the same month of 2016.

The London rental market continues to act as the driver on average rents across the country, with a 2.6% decline in the average rent agreed on a new tenancy in the city last month. Rents in the capital have fallen on an annual basis for three months in a row, having risen more quickly than anywhere else in the country during the first half of last year; rental price inflation in London peaked at 7.1% in June 2016.

HomeLet’s data suggests that landlords are reluctant to charge higher rents in the current uncertain economic climate. While demand for private rental property remains high relative to supply, landlords continue to be conscious of affordability issues for tenants.

UK rental price inflation has now been declining for 12 months, since June 2016. At the time, rents were up 4.5% on an annual basis, but since then the rate of growth has dropped gradually each month to reach -0.3%. However, there is some evidence that the rental market is now stabilising with no change in the rate of decline between May and June.

HomeLet’s regional data is available in more detail via an online interactive infographic.

“It is now a full year since rental price inflation in the UK peaked at 4.7%, since when we’ve seen progressively more modest rent increases and, over the past two months, falls in some areas of the country; June’s figures are the first indication that this trend may now be beginning to flatten out, but it’s too early to say this with any certainty – the next few months of data from the HomeLet Rental Index will provide crucial intelligence on the direction the market is taking.” 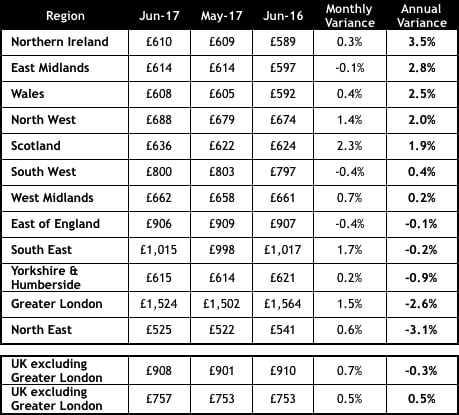 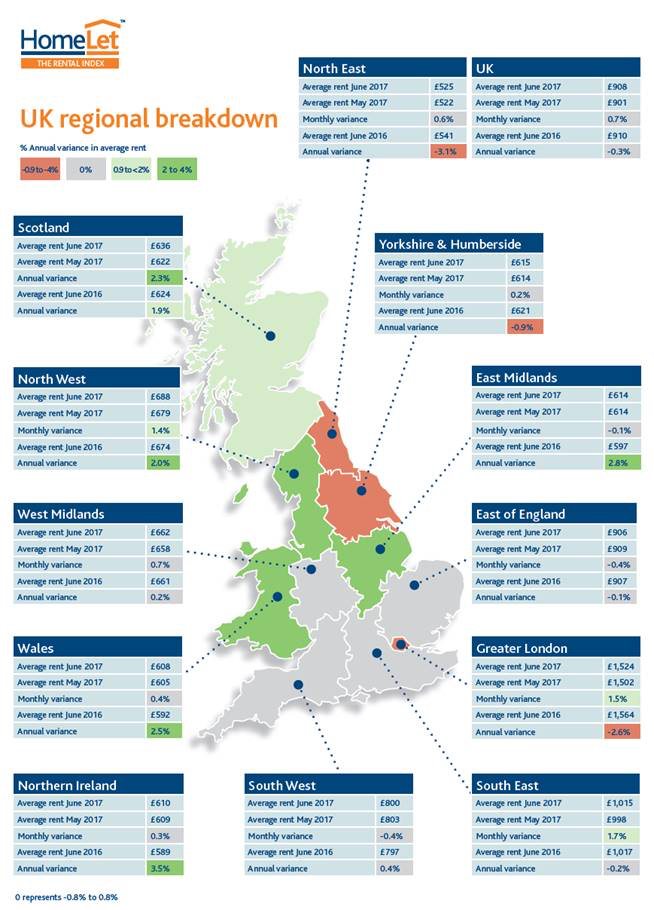 Is it any wonder that people do not save

Cost of that perfect Christmas added to the mortgage