UK riot genie out of the bottle

The past few days have seen youths across the country rioting on an unprecedented scaleÂ  but are these riots any different to the riots of the past? 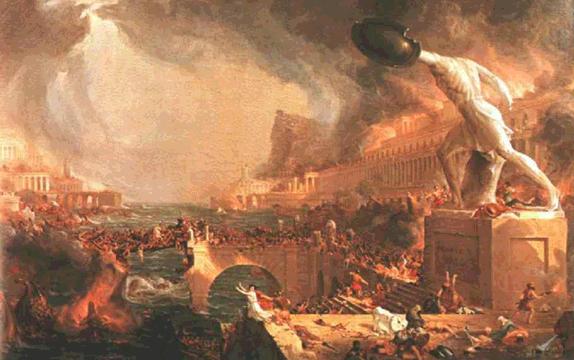 It is a yes and no answer.

Yes, there have been riots in the UK where a demonstration for a specific cause has been hijacked by those with a political agenda but this time the majority of what we are observing in the media is the result of a protest against the death of an individual being used as an excuse to riot and loot.

But why are groups ofÂ  looters, many of them children, takingÂ  to the streets in such great numbers? Could it be thatÂ  British society is broken to the point of being almost beyond repair? And why is it that ordinary decent folk in local businesses are being targeted as well as large chain stores in the looting?

Let us take a look at the several reasons for the riots and this breakdown in society.

Firstly law, order and recourse to the Law.

Recourse to the law in Britain is a joke, even though there are more laws criminalising vast swathes of the British public than at any other time in history. Yet the Police are bound by EU laws and a justice system which favours the rights of the career criminal and villainises the victims of real crime.

Indeed there are arrests being made. But will the justice system back up the arrests with strict sentencing? Or will the perpetrators of these crimes simply receive a slap on the wrist, which is what they are expecting?

The Police would like nothing more than to focus on real criminals and not waste the time of those who fall foul of the law through no fault of their own.

Police moral is at an all time low because they arrest young Joe Bloggs only for him to be let off by the judges, or face sentences so lenient that the criminals laugh at the sentence then the Police in frustration overstep the mark with a few too many checks of black (and white if you have the wrong type of face) youths and before you know it there is a snowballing of resentment between the Police on the street and the youth in communities.

Then there is the question of leading by example.

Just look at the recent news on the phone hacking scandal, which painted a picture of a corrupt Metropolitan Police force and political class who are more than prepared to take a backhander and be wined and dined and get away with it than do the jobs the community want them to do.

What message does that send to the next generation?Â  Our children are told that they can't afford a house, won't get a job, can't spell and count, won't go to higher education and will have to pay off the debt of the previous generation who are telling them how useless they are.

I think the message is simple 'If you want to steal from us then we will steal from you and if you can get away with it then so can we'.

The deterrents that normally keep people on the straight and narrow path to be a law abiding citizen are nowhere to be seen. But now the problems that are normally confined to sink estates have forced their way into our lives, the public perception towards how we deal with our 'feral youth' has changed. Now we have vigilante groups ready to act and the prospect of the children, yes children, that perpetrate these acts having baton rounds and water cannon used against them! Have we failed these children so much that this violence is our only answer?

Community leaders and members of the public living in high crime areas knew that something was brewing outside of the ordinary and have voiced it yet the politicians have chosen to ignore these messages in case they conflict with the social engineering experiments of recent political administrations.

A generation has grown up without strong family and community roots, which would have taught them responsibility for their actions. We must now face up to the reality of this very quickly if we are to have any hope for our future.

There is an absurd passing of the hot potato when it comes to who is to blame for what we have just witnessed from a small minority of our youth.

The current theories are:-

The Police are to blame.

The parents are to blame.

The politicians are to blame.

The youth themselves are to blame.

The truth of the matter is we are all to blame because we did nothing to reinstate democracy and punish the political class and financial eliteÂ  who took us for a ride in the very sight of our children thus dissolving their respect for authority.

Our society then created an underclass culture within our inner cities, which most of us can thank God we did not have to grow up in. And then ignored the distressed pleas from those growing up there as they escaped into crime and drugs and we sat back and watched it become almost glamourised.

We also ignored the warning signs of the failed social engineeringÂ  experiment of political correctness and allowed this country to continue down the path of greed and selfishness and stifled true debate.

So can any good come out of the UK riots?

To that I will say yes.

We can look at what has happened to our culture and pinpoint exactly where and when things went wrong in the social engineering experiments and hopefully try and save this generation by rebuilding our communities and localising the businesses within those communities employing local youths.

Our young need to understand the fragility of our communities and local economies and the impact that rioting has on them.

We must remember that children are not computers, you cannot just programme them and boot them up into robotic citizens. They are and will always be individuals that need time and money spent on them. They may be other peoples' children but they will either be tomorrow's responsible citizens contributing to society or tomorrow's criminals helping to destroy it. We should all do our part to ensure it is the former wherever we can.

Then we can look at real crime deterrents and bring back the British Bobby instead of the Gestapo-style storm trooper serving the will of state over community.

But the one thing we don't want to do is give our civil liberties away as a reaction to a sick society.

Britain is broken and we broke it…….so we must fix it, all of us and not sit there waiting for someone else to do it for us, or riots and looting will become part of our everyday life.

The Police have proven to be ineffective against this type of rioting except in the form of an overwhelming reactionary presence. This does not remedy the situation in the long run, it only bottles it up for now. So next time a demonstration against the government is put together our leaders should be worried.

We have seen what a couple of angry, greedy kids can do…..so what can a well organised group of angry focused adults do?

The only way to deal with focused political rioting will be for the government to call the army in. It is at that point you will notice how far a state will go to protect itself from the will of its citizens.

Just like the recent financial crisis this sad state of affairs did not just suddenly arrive, although some of the politicians and press may try to portray it like that. It has been brewing for years. The signs were there and warnings given but, just like the credit crisis, we chose to ignore the coming problems because it was easier and more comfortable to us to do so.

Is the 1% UK inflation rise good news or bad news for investors?