Business investment will make a positive contribution to growth this year, rising at the fastest rate since 2007, the CBI said today (Tuesday 11th February 2014).

Unveiling its new economic forecast, the UK’s leading business group is predicting GDP growth of 2.6% this year, up from its November forecast of 2.4%, which reflects a stronger-than-expected economic performance at the tail end of 2013. The CBI’s GDP forecast for 2015 is 2.5%, down slightly from 2.6% in November.

Net trade is also expected to play a small role in supporting growth this year and next. Import growth will rise, reflecting stronger domestic demand. Meanwhile, exports will also strengthen, as growth picks up in the Eurozone and broader global economy. Export growth is expected to rise from 1% in 2013 to 3.6% in 2014, and 4.7% in 2015.

“We are starting to see signs of the right kind of growth.

“In our view this is not a debt-fuelled, housing bubble-led recovery – our forecast shows encouraging signs that business investment and net trade are starting to play their part.

“More businesses are feeling inclined to invest in new technology and advertising. We can also expect to see more companies coming to market to raise finance and an uptick in merger and acquisitions activity as animal spirits return. 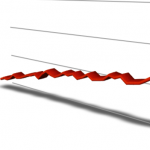 The CBI expects unemployment to have already reached the Bank of England’s 7% threshold in the fourth quarter of 2013, before falling further to 6.8% in 2014 (2.2 million) and 6.6% by the end of 2015 (2.13 million). However, with inflationary pressures likely to remain muted, and considerable spare capacity in the economy, the CBI sees no prospect of an interest rate rise until the third quarter of 2015 when it is forecasting the first 0.25 percentage point increase.

The recent strength in consumer spending is expected to slow somewhat this year as improvements in confidence are unlikely to be sustained at the same pace. However, average earnings growth will gradually outstrip CPI inflation this year, which will increasingly provide a more solid foundation for consumer spending going forward.

The CBI also said it expects house price inflation to rise by 6.3% this year and 5.2% next year, but said that much of the price increases seen in London and the South East are not being replicated across the country, and it reiterated its call for action to boost housing supply.

“The good news is that this year more jobs will be created across the economy, wages will go up at a faster rate than CPI inflation and borrowing costs will remain low.

“This should help ease some of the pressure on people struggling after a prolonged squeeze.

“Businesses will now be looking to next month’s Budget for action from the Chancellor to cement the recovery.”

85% of remortgagors lowering their mortgage rates