The latest headline seasonally adjusted IHS Markit/CIPS Services PMI® Business Activity Index fell from 55.8 in April to 53.8 in May.

Although still in positive territory (above the no change number of 50) for the tenth consecutive month, it is at the lowest level since February this year. This may temper expectations of a marked rebound in UK GDP growth later in this quarter.

The squeeze on household budgets is also weighing down on consumer-facing sectors with the general election having a 'wait and see' effect on business.

The key findings of by IHS Markit and CIPS UK were that business activity rose at its weakest pace since February, there was a slight loss of momentum for new business growth and input cost inflation eased to an eight-month low.

"The powerhouse driving UK GDP lost some of its force this month, with the weakest performance since February, revealing a fragility out of sync with the other sectors which were fired up and running.

"It was clear that slower new business growth let the side down, impacted by caution around the General Election, and a tightening of purse strings. Not even stiff competition between businesses absorbing higher prices for food and the effects of the National Living Wage, could tempt consumers to spend." 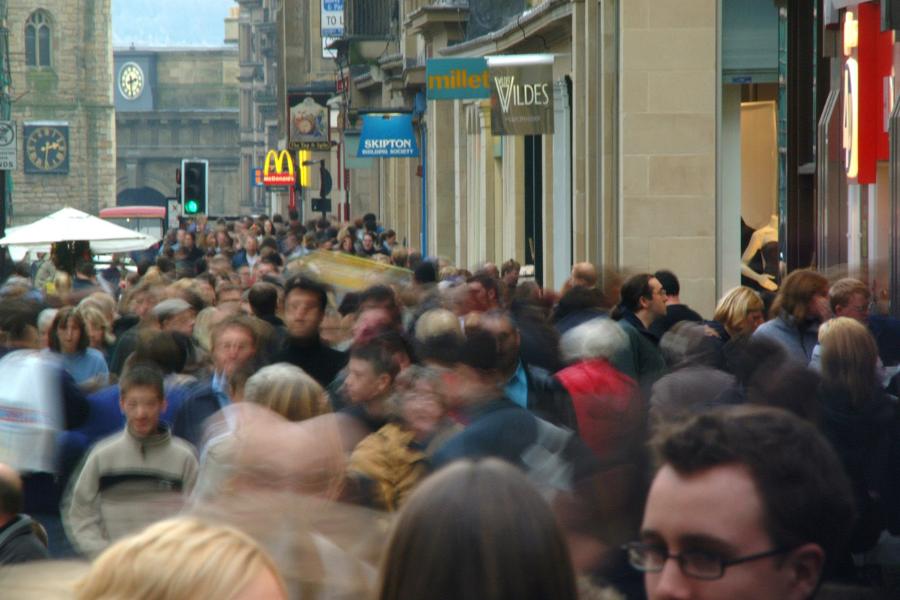 "Despite slower growth in May, the surveys indicate that the economy has regained some momentum in the second quarter. The three PMI surveys are running at levels that are historically consistent with GDP growing at a robust 0.5% rate, albeit with the slowing in May posing some downside risks to the near-term outlook."

"The headline PMI from the CIPS services survey relapsed to a three-month low of 53.8 in May from a four-month high of 55.8 in April. This contrasted with the construction survey which showed activity reaching a 17-month high in May and the manufacturing survey indicating activity remaining close to April's three-year high. Business-to-business activity was reportedly limited to some extent by increased economic uncertainty and wariness ahead of the general election. Meanwhile, consumer-facing services sectors continued to be hampered by squeezed household budgets.

"Overall, it is still possible that GDP growth could improve to 0.5% in Q2 from 0.2% in Q1, but downside risks have increased.  Markedly softer services activity was the main factor behind the sharp slowdown in UK GDP growth in the first quarter; and while the services sector does appear to have seen some pick-up in the second quarter, it is clearly firing more intermittently than in 2016.

"There was some relief to services companies from input prices falling further off the peak levels seen in February, although they are still at relatively elevated levels. This resulted in prices charged by services companies slowing to a six-month low in May. This easing of price pressures in the services sector will be of some relief to the Bank of England and facilitates the Monetary Policy Committee remaining firmly in 'wait and see' mode at its meeting next week."

"These latest PMI figures point to a more subdued outlook for UK services. Those relying on the spending appetite of UK consumers are feeling the pressure, while export driven services still benefit from the weaker pound. The softer data for UK services contrasted with indications of a pick-up in both manufacturing and construction activity, which represent a smaller share of UK output, hence some resurgence in growth momentum this year should not be ruled out following a weak start in Q1.

"As the economy regains momentum, there may be little spare capacity to absorb a significant expansion in activity. Companies are reporting increased pressure on supply chains, and unemployment has fallen to its lowest level for over 40 years. Businesses will therefore need to reassess their operation models in order to meet stronger future demand. Despite reports of easing input price pressures, both consumer prices and wages may also increase more significantly as a result of reduced space capacity, and we could see the Bank of England raising interest rates as early as next year if inflationary pressures are considered to be more persistent.

"In addition, as exit negotiations with the EU get underway, which are expected to start in earnest after the UK elections, any perceived turns could cause confidence and growth to wobble, if only temporarily. Businesses should therefore plan for a more volatile business environment than usual."

An uneasy week ahead