According to the Democracy Institute the UK should expect an average of 77,000 immigrants from Bulgaria and Romania very year for the next five years.

The Democracy Institute, which is a politically independent public policy research organization based in Washington and London, goes on to break this down to an average of 44,000 a year from Bulgaria and 33,000 a year from Romania.

In its research the Democracy Institute went through the various numbers from small to alarming put forward by the governments concerned as well as a BBC poll and Migration Watch and the response of the writers of the report 'Home, Sweet Home? Balkan Migration, The EU & Liberal Solutions' was:

“Whose forecast is the most accurate? This paper’s unexpected finding is that the most alarming of the forecasts summarised above is actually insufficiently alarmist.” And that “…combined Bulgarian and Romanian migration to the UK, for example, will significantly surpass current estimates”.

The report the goes on to say that migrants are not at fault for trying to better their lot and using the system to do it. Nor, it says, is the European Union (EU) directly blameworthy. It lays the blame at the door of individual governments saying “Simply put, individual governments – not individual migrants – are to blame for the mess that so many Europeans think migration policy is in.” Adding that destination countries are victims of both their successes and failures as immigrants will always head for the prosperous countries that also have a better welfare system as a by-product. 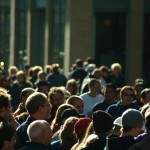 ‘Consequently,’ says the report ‘these nations are increasingly attractive to two types of migrants: a larger, better-educated, better- skilled group, which is comprised of those who plan to improve their family incomes through better-paid employment in a richer EU nation; and a smaller, but not insignificant, uneducated, unskilled group, which is comprised increasingly of those who avail themselves of the smorgasbord of government-provided benefits available to those living in some, if not all, of the wealthier EU nations.’

But this pull away from the poorer countries also hurts the immigrants home country potentially leading to what the report calls ‘zombie towns’ as the populations dwindle away.

The answer, the writers say, is to make the home countries more successful so that its people do not have to cast their eyes outward for an improved life. Countries like Romania need to change and become ‘a would-be Balkan tiger’ so that a win-win outcome would result.

The report 'Home, Sweet Home? Balkan Migration, The EU & Liberal Solutions' can be downloaded from HERE.

Far from being a cause of peace, the EU has increased hostility in Europe