34% of business owners like to stay ‘close to home’ and look for cultural similarity to the UK when choosing new markets, according to new research

British small business exporters are confident about prospects in 2015, according to research conducted by Open to Export, the online export community backed by Government and the private sector and sponsored by HSBC.

Seventy-eight per cent of business owners and managers believe that 2015 will be better than 2014, with the most popular new markets for exports being Europe (59%) and North America (44%).

Over 400 British exporters, including over 270 business founders, shared their views at Export Week [1] events across the country and via the Open to Export website about what was driving small businesses to export and what influenced their decision to choose a particular market.

When looking to new markets, respondents like to stay ‘close to home’, with over a third (34%) saying that ‘cultural similarity to the UK’ heavily influenced their decision. Public image also plays a part in decision-making, with 17% highlighting ‘positive media coverage of destination’ as a factor. Having friends or family in the location, or having cultural roots in the country, were each highlighted by 12% of SMEs.

Following Europe and North America, the most popular regions for export growth were identified as the Middle East (39%), Australasia (33%) and the Far East (31%). The region that saw the biggest rise in export interest was South America, with 27% of SMEs planning to export there in 2015, with just 19% currently doing so.

Business-to-business (B2B) firms appeared more likely to expand further afield than business-to-consumer (B2C) firms. According to the survey, 35% of B2B firms are planning to sell into Africa and 36% intend to expand into South East Asia next year, compared to 20% and 22% respectively for B2C firms.

Rationale among business owners and managers for choosing new export markets was largely driven by business opportunity and market analysis. A third of SMEs said that market analysis and research was the biggest factor in choosing where to export. Almost a quarter (23%) said that export markets were driven by incoming sales enquiries, while 14% said that existing business connections were the main factor. Only 4% said they relied on ‘gut feeling’.

Employees at exporting SMEs are almost twice as likely to lead with research and analytics, with 40% saying it was the biggest factor, compared to 23% of SME founders saying it was their top decision-making factor. The factors influencing founders were more varied and included a higher propensity to be influenced by competitors and family connections.

“Through our community and interviewing SMEs at Export Week, it’s heartening that business owners and managers are confident of their prospects for 2015 and are looking into a wide variety of markets, with Europe and North America dominating.

“Exporting to a new market is a big decision for many small businesses and with 57% looking online for information to help researching new markets, Open to Export aims to make it easy for them to find access to all the best information and support what’s out there. Government bodies, trade associations, in-market experts, commercial specialists and experienced exporters can all be found contributing content and advice through Open to Export’s forum, webinars and guides,” continued Julian.

When looking at confidence in improving conditions for exporting, the most optimistic region was the Midlands, where 86% of respondents believe that 2015 will be better than this year. This was followed by the North East on 80%. The least confident region, according to findings, was Wales, on 60%. 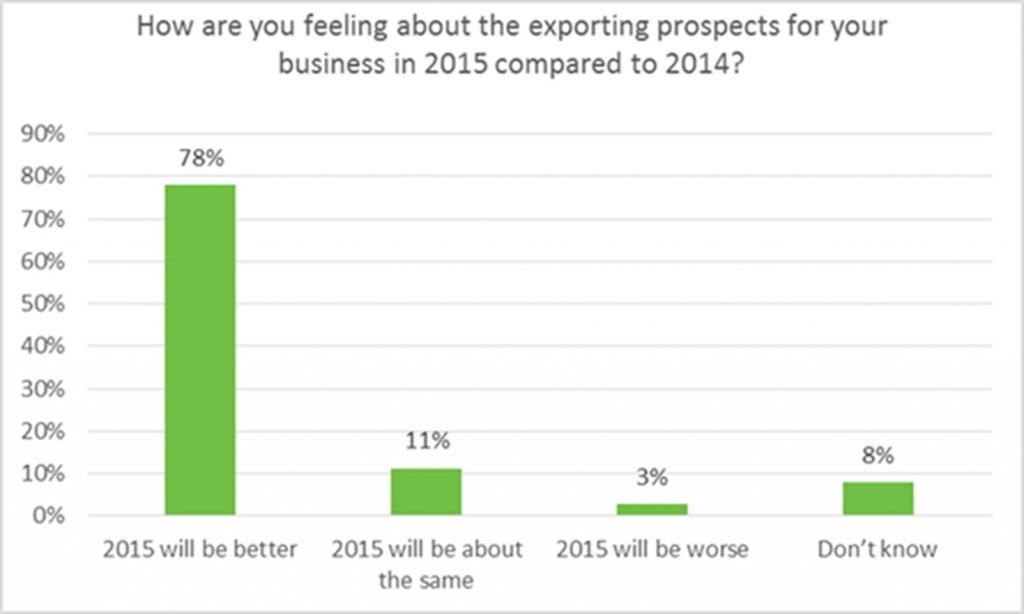 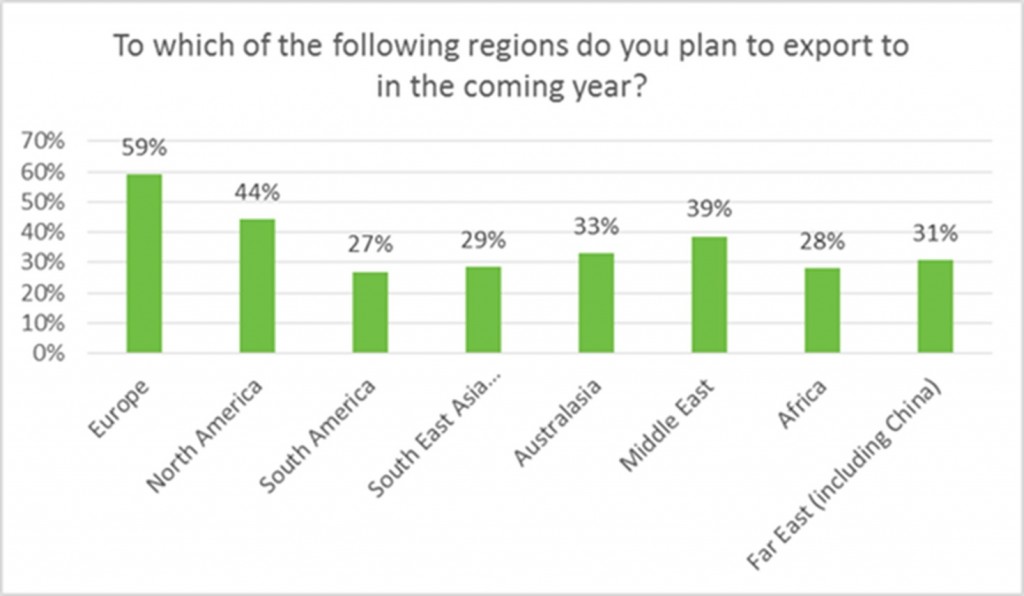 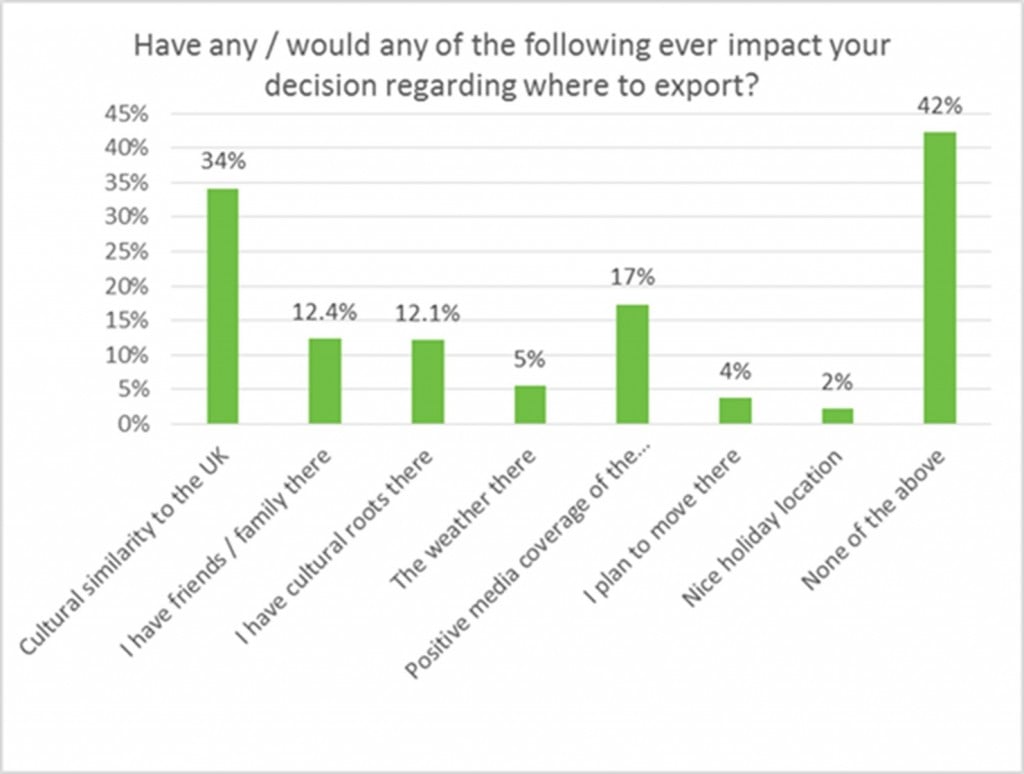 By 2016, Open to Export aims to help 20,000 businesses by offering free access to its forum, webinars and industry contacts. The results from this survey will help shape the content and features available to ensure a relevant and responsive service for its community of over 6,000 registered users.

Principal Partner HSBC was announced as the first corporate sponsor of Open to Export last month, supporting the service alongside founders UK Trade & Investment, the Federation of Small Businesses, the Institute of Export and marketing solutions and websites provider Yell as part of its ongoing commitment to helping businesses of all sizes achieve their growth ambitions.

Companies can browse the site and register for free at www.opentoexport.com.