As we look around our country and listen to the news it is easy to think that we in the UK are faring badly in the world.

But the latest figures from Eurostat [1] show that the standard of living in the UK was second only to Luxembourg in 2010 when compared across the European Union.

AIC is used as an indicator of standard of living (or level of welfare) as it shows what households are consuming whoever pays be it the household themselves, central government or local government. 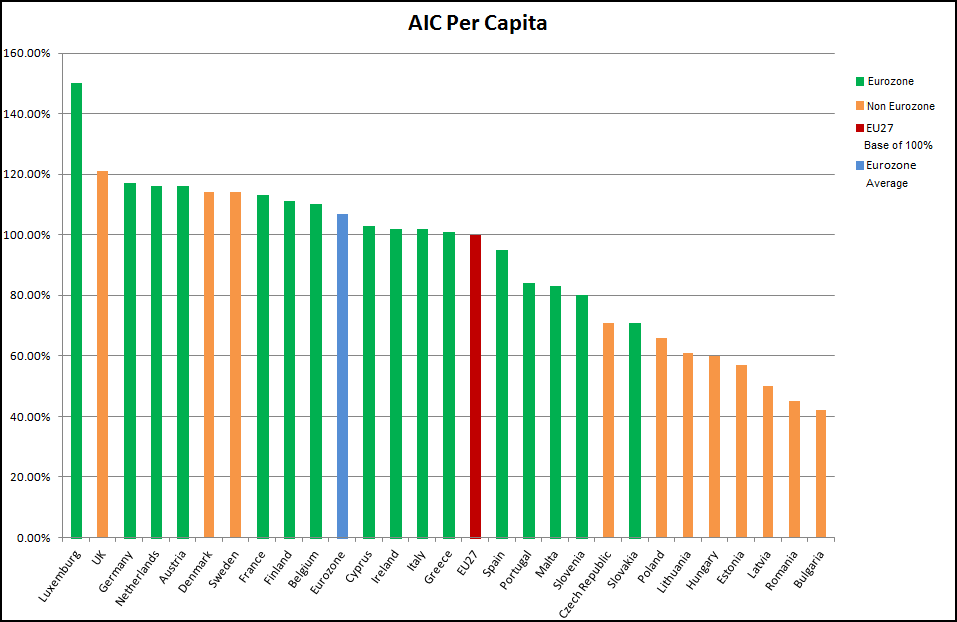 (Please note that Estonia did not join the Eurozone until 2011.)

When looking at purely GDP per head (what the consumer spends) then the UK drops to 10th in the tables showing what an impact public spending (such as health and education) has on the UK standard of living.

So things aren’t as bad in this country as we may think, well in 2010 anyway. But is it right that such a large amount of our standard of living should depend upon the state? Doesn’t that make us a very socialist country?

Lib Dems Announce They Will Give Fathers More Paternity Leave