UK Summer of sport could cost the economy over £100 million

Wimbledon deemed to have the most negative impact on productivity

The UK’s bumper summer of sporting events, including Wimbledon, the Ashes and the British Open Golf, could cost the UK over £100 million in productivity loss, according to JLT Employee Benefits, a leading pensions and benefits consultancy.

The research, which estimates the number of questionable “sick” days taken to attend or watch sports events on television over this summer, found that Wimbledon could be the most costly sport event, causing a possible loss of as much as £43.3 million in productivity. The Ashes come second, costing an estimated £24.9 million to UK GDP. The third most expensive event is the Golf Open which is expected to make a £14.8 million hole in the UK economic output.

However, JLT Employee Benefits says that the real cost of these summer events could be much higher if account was also taken of the loss in productivity caused by hangovers, sleep deprivation and presenteeism. 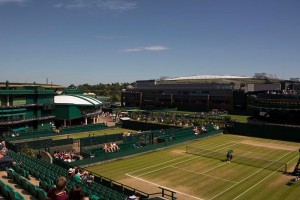 For example, 1.7 million people tuned into the Women's World Cup Semi-Final on 1 July at midnight when England lost to Japan, eating into their sleeping hours. The Tour de France, meanwhile could well have distracted UK cycling fans as Chris Froome took the yellow jersey early in this year’s race, ultimately becoming the first Briton to win the Tour more than once. With the race covering 15 working days, one can only speculate on the impact of lost working time catching up on the race on their phones and checking the news updates at work.

JLT Employee Benefits’ calculations are based on television viewing data, an average income of £520/week, and an absence rate of 5%. Only events taking place during working days are included in the research.

“We’ve had a slightly disappointing time in recent sporting events, with Roger Federer rolling back the years to deprive Andy Murray of another final at Wimbledon and in the Second Ashes Test, Australia inflicting England’s worst defeat in the Ashes for 67 years. However, despite these setbacks the UK’s appetite for sport remains seemingly unassuaged, particularly when home talent succeeds.”

“476,000 people watched day four of the first Ashes test as England took a surprising series lead. As they were all unexpectedly free to return to work the next day, the UK potentially prevented a further loss of around £2.5 million.”

“Whilst it is almost impossible to provide more than an estimate on the total cost to the UK economy of so many people losing a day, an afternoon or 20 minutes here and there throughout the day, to entertainment, it is clear that there is an impact and this should be recognised by employers. While some may raise an eyebrow at the absenteeism that happens to coincide with major sporting events, those employers that are able to engage constructively with their staff to offer a flexible approach to work will almost inevitably be impacted less severely.”

Children rate the Queen above celebrities