Worldwide rates on average four times higher than in women

The UK tops the international league table for a type of gullet (oesophageal) cancer, known as adenocarcinoma, in men, reveals a comprehensive estimate of the total number of new cases around the globe in 2012, and published online in the journal Gut.

Worldwide, men are around four times as likely as women to develop the disease, the findings show.

The study, from the International Agency for Research on Cancer (IARC), the specialist cancer agency of the World Health Organization, is the first to try and quantify the worldwide extent of each of the two main types of oesophageal cancer: squamous cell carcinoma, or SCC for short; and adenocarcinoma.

Rates of SCC have remained fairly stable or have even fallen over the past few years, but those of adenocarcinoma have risen, particularly in high income countries. In 2012, oesophageal cancer was the eighth most common cancer worldwide.

The researchers used data from Cancer Incidence in Five Continents volume 10 to calculate age, sex, and country specific proportions of the two types of oesophageal cancer.

These figures were then applied to IARC global data on the number of new oesophageal cancer cases in 2012 (GLOBOCAN 2012), and age-standardised rates calculated.

The highest regional number of new cases of SCC was in East and South East Asia, where about 80% of the total caseload occurred (315,000 cases), followed by sub Saharan Africa (13,000 cases) and Central and South America (12,000 cases).

Northern and Western Europe accounted for the regions with the highest number of new cases of adenocarcinoma (12,000), overall, followed by South East Asia, including China (11,500), and North America (11,100 cases). 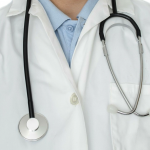 For both types of oesophageal cancer, men were more likely to be affected than women, with wide variations in the gender disparity by region.

The analysis also revealed interesting patterns in some countries where SCC had been the predominant form in the past.  In Iran, for example, the incidence of adenocarcinoma, particularly among women, was among the highest in Central Asia.

The strongest risk factors for SCC are alcohol and tobacco, but very hot drinks, high temperature cooking methods, and poor mouth hygiene have also been linked to the disease.

The strongest known risk factor for adenocarcinoma is acid reflux, which can be more common in people who are overweight or obese, and whose numbers are rising in affluent countries.