The latest seasonally adjusted figures from the Office for National Statistics shows that the UK trade deficit in the balance of trade in goods in August narrowed from July’s Â£8.2 billion to Â£7.8 billion.

This will bring some welcome news to the Chancellor, George Osborne, when you consider that the economists’ general consensus was that it would rise to Â£8.8 billion.

Overall, when taking services into account as well the total deficit in trade dropped from July’s Â£2.3 billion to Â£1.9 billion in August. The surplus in services alone remained unchanged at Â£5.9 billion.

But however you look at these figures it still represents a net flow of money out of the UK. All that has happened is that outflow has reduced slightly and, interestingly, it has been in the trade of goods with the EU that the good news (albeit small) comes from. 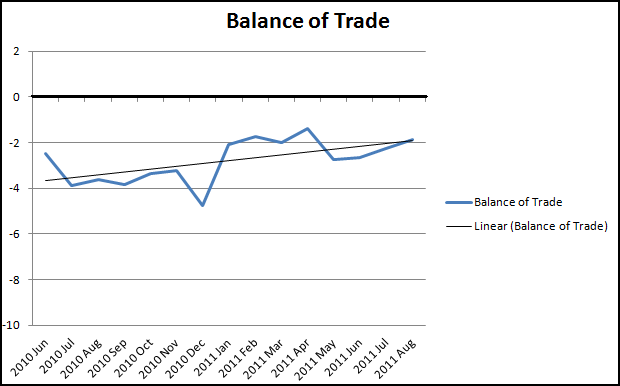