The latest labour market figures from the Office for National Statistics shows that for September to November 2011 the employment rate for those between the ages of 16 and 64 fell 0.1% to 70.3%.

The ONS puts the number of people in part time employment because they cannot find full time work at 1.31 million, up on the quarter by 44,000.

The unemployment rate was also 8.4% of the economically active population, which is the highest since 1995 and the actual number of unemployed people at 2.68 million is up 118,000 on the quarter and the highest total since 1995.

At 1.13 million unemployed, women have the highest unemployment figure for 24 years.

But overall, unemployment is still lower than it was in 1992 according to the ONS video.

Both the private and public sectors saw slower pay growth with total pay including bonuses up by 1.9% over the year. That compares with an annual CPI inflation of 4-5% and RPI inflation at about 5%.

These figures are a continuation of the trends we've been seeing over the last few months, with unemployment on both measures increasing. Economic growth has been very weak for the most part of the last twelve months and is simply not sufficient to prevent unemployment from rising.

As with previous data releases, there are some inconsistencies. The rise in employment over the three months to November looks suspicious, particularly given that this was driven by a surge in the number of self-employed people. The decline in full-time employment looks like a more realistic picture of the health of the labour market.

Although December's rise in the claimant count was small compared to previous months, we would be wary of deriving too much comfort from that. Recent changes in the eligibility criteria for claiming Jobseeker's Allowance means that interpreting month-to-month changes is very difficult.

The earnings figures were extremely weak as well. Even though the inflation rate is set to continue easing over the course of this year, pressures on household finances will ease very slowly.

Overall, the outlook for the labour market is pretty dismal. The descent back into recession will make it increasingly difficult for firms to maintain headcount, adding to the upward pressure on unemployment coming from further public sector cuts. We expect the number of unemployed people to hit nearly 3 million next spring, representing 9.3% of the work force. What’s more, these numbers could be even worse, if one of the more negative outcomes of the Eurozone crisis were to materialise, or if the recent weakening in the outlook causes firms to cut back more aggressively. 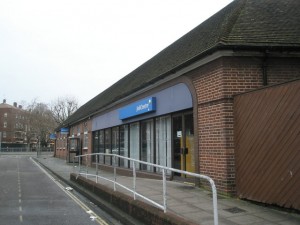 Another crazy day as Draghi ramps up the rhetoric