The UK unemployment rate for September to November 2013 fell to 7.1 percent, half a percent lower than that of June to August reports the Office for national Statistics (ONS).

The time now is perilously close to when the Bank of England’s Monetary Policy Committee will have to make a decision on whether the recovery is going somewhere and that interest rates will have to rise.

There is also some good news from the public finances perspective in that George Osborne’s efforts to reduce the deficit bit by bit are showing small but consistent results meaning that we may undershoot the Office for Budget Responsibility’s forecast. But always bear in mind that any annual deficit just adds to the overall national debt on which interest must be paid.

“Once again UK unemployment data surprises to the upside and with the unemployment rate now only 0.1% above the 7% threshold, the pressure on the Bank of England to reassess its stance on the future of interest rates has increased.

"The latest MPC minutes revealed the central bank feel no immediate need to raise the interest rate, however the speed at which the unemployment rate has dropped to 7.1% from 7.4% may slightly influence their outlook for interest rates. With inflation now at the 2% year-on-year target, the central bank may instead choose to alter the unemployment threshold and maintain a policy that seems to be working.”

“Today’s labour market figures are the final nail in the coffin of the 7% threshold. The unemployment rate is set to fall below 7% in the next few months, more than two years earlier than the Bank had initially expected.

“Clearly the MPC will need to change its guidance in February and it’s a little surprising that the minutes don’t prepare us for that. We expect the threshold to be lowered to 6.5%, but the MPC should not stop there; an additional condition based on real wage growth should be introduced.

“As the minutes make clear, there is no prospect of a rate rise in the near future. Raising interest rates too soon, before real wages have begun to improve and growth has broadened out, could risk choking off the fragile consumer led recovery.

“We continue to expect interest rates to remain unchanged until the second half of 2015. By then, we expect the recovery to have broadened out into exports and investment and real wages should be growing again. The consumer needs that time to get its breath back following all the heavy lifting undertaken in recent quarters.

On the public finances:

“The public purse is in a much healthier condition than this time last year, mainly through stronger growth boosting tax revenues. The OBR’s full-year forecast of £111.2bn always looked a little conservative and today’s figures confirm we are well on course to undershoot.” 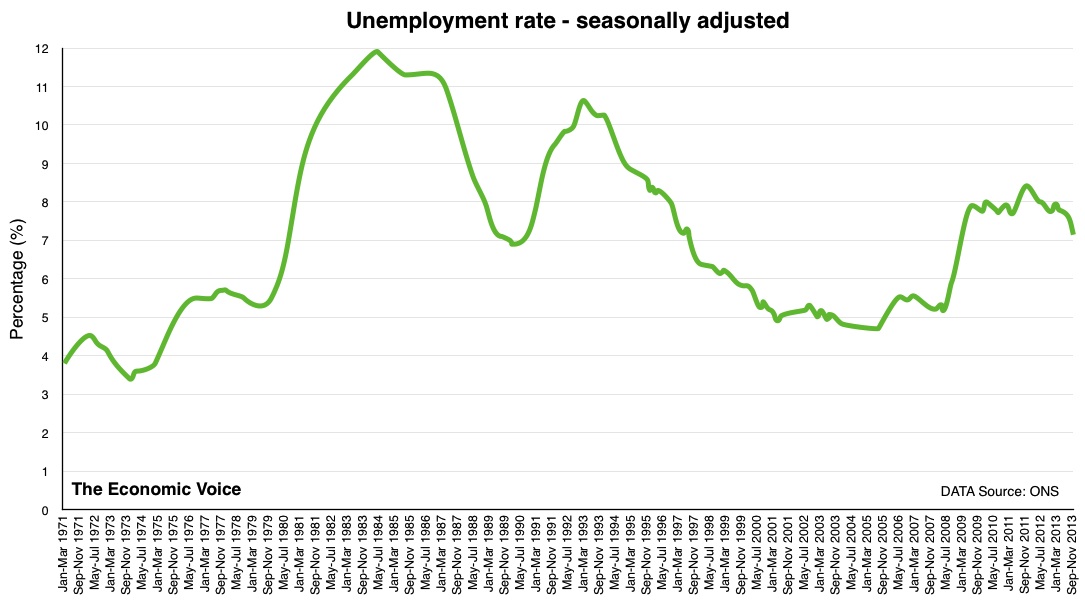