According to the Office for National Statistics “Nominal wage growth below the rate of price inflation has resulted in real wages falling for the longest sustained period since at least 1964”.

This will come as no surprise to many workers who feel that there is ever more month left at the end of the money.

The ONS study of nominal weekly average wages compared to the Retail prices Index (RPI) shows that, since the 2008 credit crunch, wage growth has lagged in behind inflation to a substantial degree.

The sharp eyed amongst you will note that the study uses the old measure of RPI as opposed to the government’s now preferred measure of inflation – CPI (Consumer Prices Index). The authors have acknowledged this saying that it was ‘necessary to use RPI as a consistent series is available over a long time period’ and CPI records only go back to 1989.

As can be seen from the graph below wages actually did quite well historically against RPI. Also bear in mind that RPI usually records a higher level of inflation than CPI does. So wages did in fact at least match, if not better, inflation over the long term. Until recently that is. 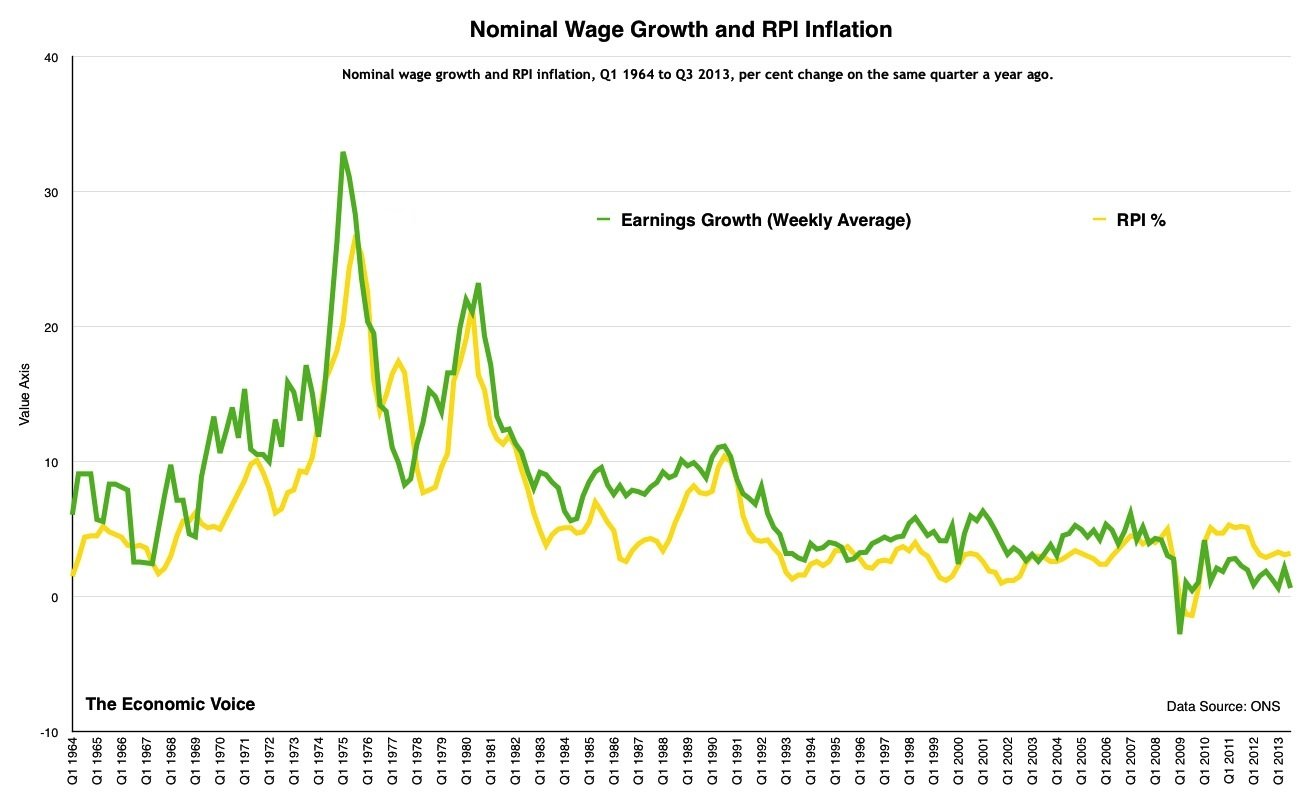 But since the economic downturn the picture has not been so clever. Wages have fallen behind inflation and there is now quite a significant gap between the two.

Part of the explanation, says the ONS, may be because of increases in non wage costs to employers (such as topping up pension scheme deficits or increased National Insurance contributions) who may then seek to decrease the wage costs over time.

"Even more worryingly, average pay rises have got weaker in every decade since the 1980s, despite increases in productivity, growth and profits. Unless things change, the 2010s could be the first ever decade of falling wages.

"A return to business as usual may only bring modest pay growth. We need radical economic reform to give hard-working people the pay rises they deserve."