Women scientists specialising in infectious disease research have fewer studies funded than men, and receive less funding across most topic areas in the specialty than their male peers, finds a study published in the online journal BMJ Open.

These gender discrepancies have remained broadly unchanged for more than a decade, the findings show.

Attempts should be made to explore the reasons behind these differences, particularly in light of the fact that the UK government is committed to boosting the number of women choosing a career in science, say the study authors.

They base their findings on an analysis of funding awards made to UK academic institutions for all infectious disease research from 1997 to 2010. They included all disease categories; public and philanthropic funders; and all phases of the research and development pipeline.

Analysis of the sums awarded to individual research projects showed that women also received substantially less money than men did. The average value of a grant awarded to men was £179,389 compared with £125,556 for women.

Male lead researchers (principal investigators or PIs for short) were awarded more than their female counterparts across all topic categories in the specialty, with the exception of neurological and sexually transmitted infections. 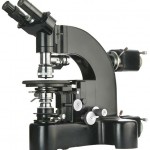 The authors emphasise that they were unable to assess the success and failure rates of grant applications by gender, and so can’t draw any conclusions about potential inherent bias.

Similarly, they didn’t know the seniority of the lead researcher in each of the studies so couldn’t tell whether there were more men than women scientists at senior level leading research projects and seeking funding. This might explain some of the discrepancy.

But previous research indicates that there are significant gender differences in the amount of funding awarded, even after taking account of the seniority of the principal investigator.

The authors comment that the differences in research funding awarded by gender are “substantial,” and that these differences are “clear and consistent.”

They write: “Women received less funding in absolute amounts and in relative terms, by funder and the type of science funded along the R&D pipeline. These differences in funding between men and women persist over time.”

And they conclude: “We strongly urge policy-makers, funders and scientists to urgently investigate the factors leading to the observed differences and develop policies to address them, in order to ensure that women are appropriately supported in scientific endeavour.”