The Conservative party continues to trail UKIP on the issue of immigration, despite David Cameron announcing plans for tougher rules for migrants claiming benefits in the UK, according to new YouGov research.

Almost a quarter (24%) of the public say they trust UKIP the most to deal with immigration, compared to just under a fifth (19%) for the Conservatives, 12% for the Labour Party and only one in twenty (5%) for the Lib Dems.

However, following the government’s proposals to restrict migrants’ access to benefits there has been a 4% increase in those who would put their faith in the Conservative party to deal with immigration, compared to the beginning of this month. Conversely, UKIP has seen a 4% decrease over the same period, but remains the leading party on this issue.

An overwhelming majority of Brits of all political persuasions support the proposed immigration policies that the Prime Minister outlined in his speech earlier this week.

Government plans to increase fines for companies that employ illegal immigrants is the most popular policy, with almost nine in ten (86%) in favour. Meanwhile, 81% of Brits support stopping people that have lived in Britain for less than two years being able to apply for a council house, and fining landlords who rent homes to illegal immigrants.

Seven in ten (70%) Brits support allowing European migrants to claim jobseekers allowance for more than six months only if they have a “realistic prospect” of finding work. Nearly one fifth (18%) oppose this policy. 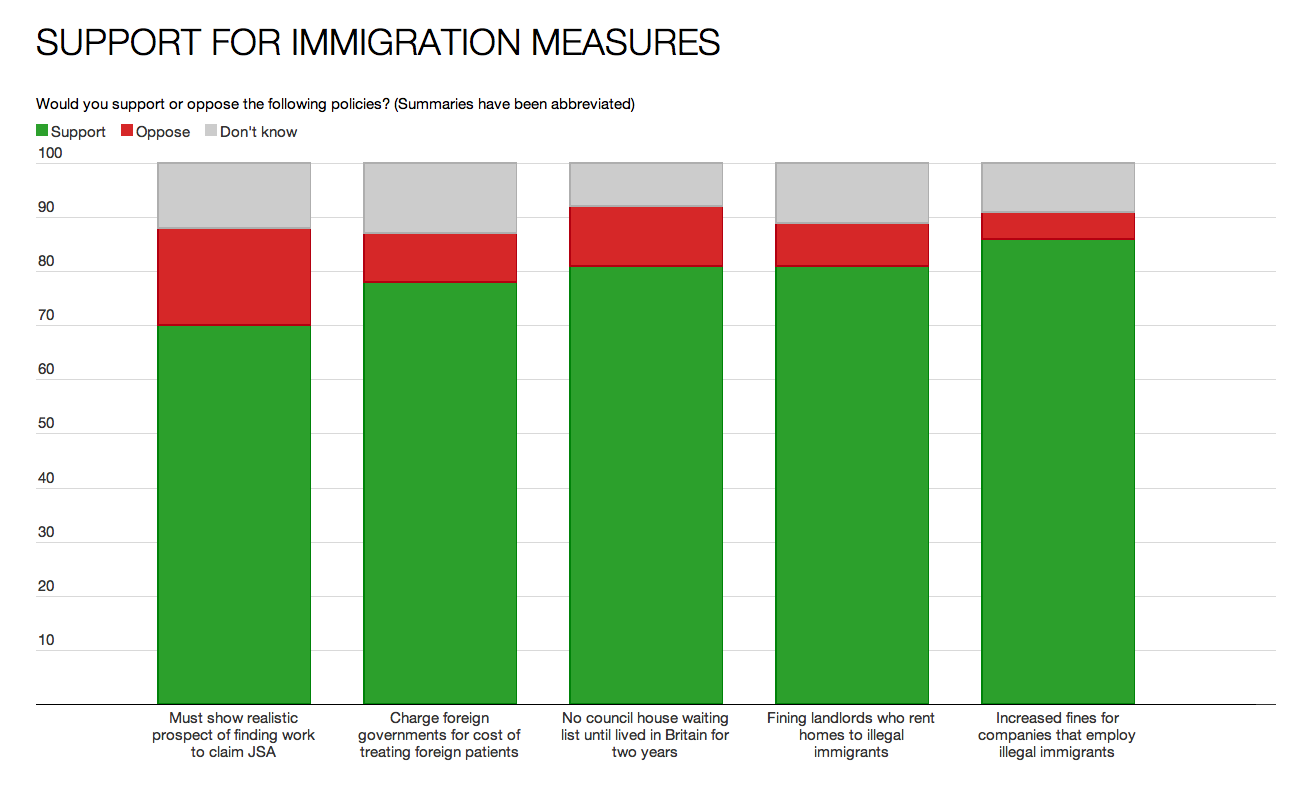 Markets up and down lurching from one headline to the next