Gerard Batten MEP, UKIP spokesman on justice and home affairs, and UKIP’s ex-leader Lord Pearson of Rannoch, joined Alexander Litvinenko’s widow and friends at a press conference in the House of Lords today to talk about the Government’s 'appeasement' of Russian President Putin and failure to deliver on its promise of justice to the family of Mr. Litvinenko.

Alexander Litvinenko, a Russian political exile who became a British citizen, was killed in London in November 2006 by a fatal poisoning with radioactive Polonium-210, which is widely believed to have been a Russian ‘state-sponsored’ assassination. Following a summit meeting between David Cameron and Vladimir Putin in May, the Government obtained permission to withhold evidence of ‘Russian state responsibility’ from the Coroner’s Inquest. At the same time, the two countries’ security agencies have resumed cooperation, which had been suspended after the death of Mr. Litvinenko.

Mr. Batten said: “The government has broken its earlier promises to help to achieve justice in this case, and has instead done a deal with Putin. How can we seriously have any security or legal cooperation with a gangster regime which murders people on the streets of London? All this secret evidence must be released to the Coroner. The Government must do everything it can to help the Coroner’s Court uncover the truth about this matter. UKIP firmly believes that justice and security of British citizens must be a priority over international deals.” 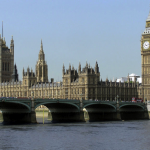 UK Houses of Parliament by BikiWitch

The support from Britain’s fastest growing political party is a new boost to the campaign for justice led by Mr. Litvinenko’s widow Marina. Mrs. Litvinenko has accused the Prime Minister of going back on his promise to help achieve justice, and added: “I am grateful for all the support from friends of any political persuasion, and the sympathy I receive from the British society at large.”

Vladimir Bukovsky, former Soviet political prisoner and a friend of late Mr. Litvinenko, angrily described the deal between Mr. Cameron and Mr. Putin as a “conspiracy to subvert the course of justice.” He added: “I have been used to living under a criminal government in the Soviet Union, but you in Britain are yet to learn. Nowadays, UKIP is the only honest force in British politics.”

Image By WikiWitch at en.wikipedia [GFDL (http://www.gnu.org/copyleft/fdl.html) or CC-BY-SA-3.0 (http://creativecommons.org/licenses/by-sa/3.0/)], from Wikimedia Commons

Steps being taken to combat youth unemployment in Eurozone

What now for Nick Clegg?