“Throughout this crisis the response of both governments has been lamentable and knee jerk. This latest declaration is yet another of example of this. Over the summer lorry drivers and passengers suffered the consequences of the British and French government’s inability to develop cohesive long term solutions.  The UK government has finally woken up to the logistics and security threat that migrant flash mobs in the Port pose to a major transport artery to and from Britain. The French Authorities, as usual don't care about the British problem, are prioritising receiving EU money for rebuilding Calais port over the migrant camps. Neither government has the political will, ideas or care to address the cause of the problem in this declaration which is the extraordinary flow of illegal migrants into Europe." 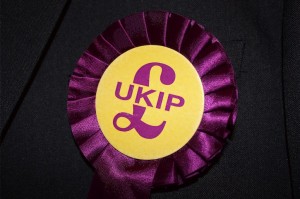 “In fact, while these governments tinker around with command and control issues on our border, the situation on the Greek Islands expose a gaping migration hole on Europe's on south east flank where tens of thousands of illegal migrants make the short sea passage from Turkey. Turkey’s failure to monitor visa applicants from outside the country creates a dangerous security risk that threatens to add to the nightmare in Calais and Europe’s cities.  Huge numbers of migrants can take a plane to Istanbul, buy a visa and then attempt to enter Europe from Greece or the North."

“It is now time for the British government to call a NATO council meeting where pressure must be put directly on Turkey to stop their lax policies and prevent this illegal flow of people which threatens peace and stability in Europe and where plans can be drawn up to coordinate military resources of the Alliance to attack the burgeoning empires of the people traffickers in North Africa.  This is the only ‘command and control’ apparatus that makes any sense in tackling at source a multi-billion pound industry that peddles in human misery.”