UK Independence Party leader, Nigel Farage, and the party's Clacton by-election candidate, Douglas Carswell, are due to attend a full to capacity 700 seat hall in the town on the evening of Wednesday 24 September.

This, said the party, is the 'biggest public meeting in the town's living memory'.

The free tickets for the event were all taken up within 24 hours of them becoming available on UKIP's action day on Saturday. The Clacton team were said to be 'bowled over' by the response.

Douglas Carswell said: "Next week David Cameron is due to address the Tory party conference in Birmingham in front of a handpicked audience of wannabe MPs, lobbyists and PR men, out of reach of the local population.

"But in Clacton on Wednesday, Nigel Farage and I will be showing that there is an enormous appetite in this country for proper, accessible political debate.

"Our meeting will be a genuine chance for residents of Clacton to come and ask authentic questions to the leader of UKIP and their UKIP candidate for the upcoming election. It will be local people writing the script.

"The former Labour MP Charles Clarke has said the age of big public meetings is over. All we can say in response is that it must be the way the old parties are doing them.

"When 700 local people are booking-up tickets within 24 hours it shows there is still a fervent appetite for debate and political engagement. We are now seeing a time of real people versus corporate politics and UKIP is the party giving a long overdue voice to the people." 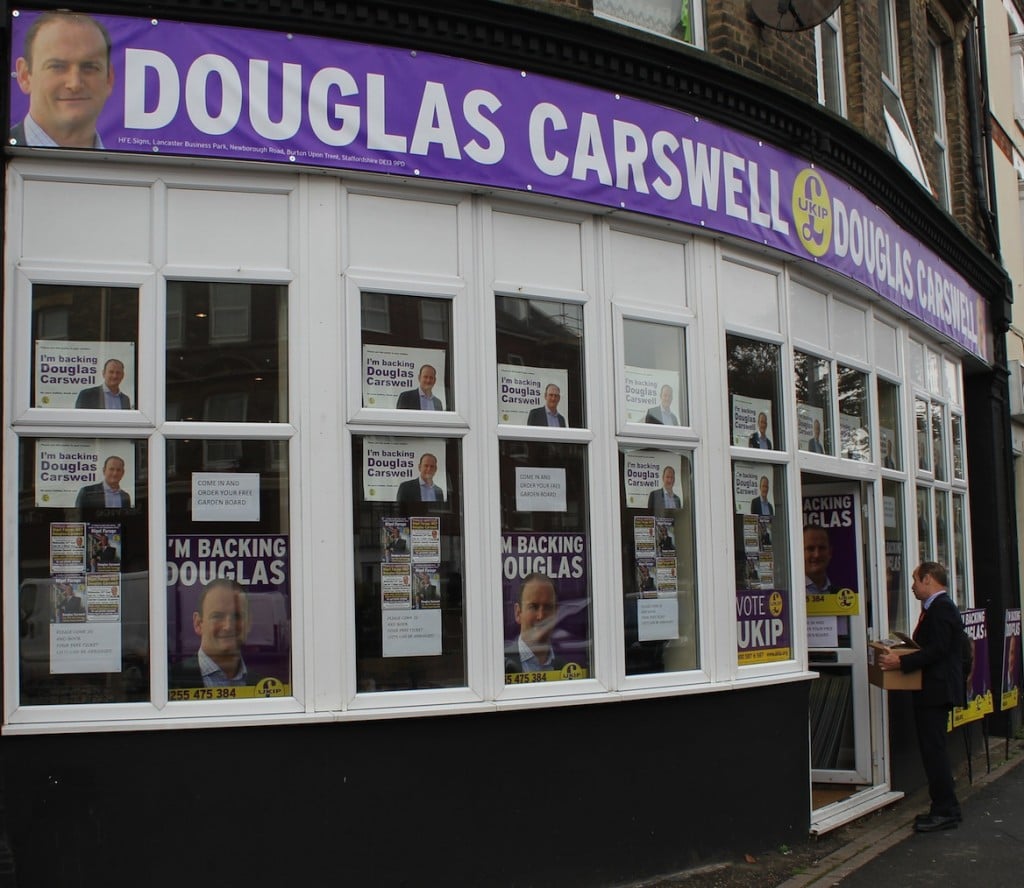